In an absolutely stunning turn of events, Megyn Kelly has completely changed her tone on Donald Trump.

Now, she hasn’t said she’s endorsing him, but this reversal is as good an indication that she is on board the Trump Train as any, expecially since she has been VERY outspoken against Trump in nearly every aspect of his campaign. Kelly went on her show Tuesday and confirmed that there was a meeting between the two former adversaries, which leads us to believe that there might be a very big interview on the horizon. 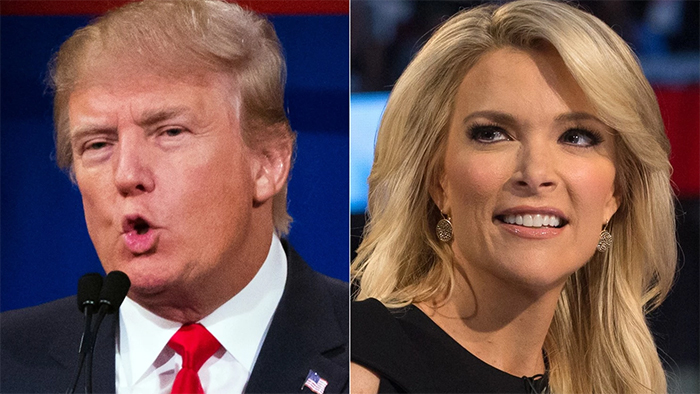 Reports of the meeting first emerged after NBC News’ Ayman Mohyeldin spotted Kelly entering Trump Tower in the morning, with NBC’s Beth Fouhy being the first person to tweet the sighting.

Per @AymanM, Megyn Kelly just entered the Trump tower incognito, met by member of his team who took her upstairs.

…and it gets better:

Kelly said the meeting was held at her request and was an effort to clear the air between herself and Trump. Trump has publicly attacked Kelly on a number of occasions, ever since she grilled him on his past comments about women at the first Republican primary debate last year.

“We met for about an hour, just the two of us, and had a chance to clear the air,” Kelly said. “Mr. Trump and I discussed the possibility of an interview. And I hope we will have news to announce on that soon.”

WHOA! This is BIG time news. This could be the turning point for political pundits to really start getting behind Trump. If a Kelly interview comes out and Trump comes off as a reasonable person (as the media says he is not), more and more voters could be backing him sooner than later.

Get that interview done NOW!