Sometimes the killers get away. Sometimes justice is never served. This time, a heinous crime will not go unpunished!

3 men who allegedly murdered a pastor’s wife in Indianapolis, Indiana, have been arrested and justice will be served! Amanda Blackburn was home one morning when 3 men entered her home and robbed her, afterwards took her life. Well these 3 criminals will no longer be roaming the streets as they have bee arrested in connection to the terrible act.

Three suspects have been detained in connection with the sexual assault and murder of Amanda Blackburn, a pastor’s pregnant wife who was shot during a home invasion robbery on Nov. 10. Police say the men in custody are Larry Taylor, Jalen Watson and Diano Gordan.

Police confirm members of the Violent Crimes Unit and Gang Units, along with U.S. Marshals, arrested 18-year-old Taylor on a preliminary charge of murder in connection with the Blackburn case.

Authorities said the men referred to themselves as “The Kill Gang.”

Well you won’t be killing anymore thanks to the excellent work of the police! The victim’s family released a statement early this morning when they heard about the arrests. 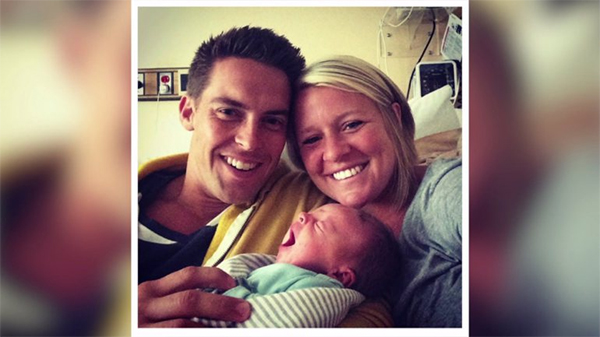 Though it does not undo the pain we are feeling, I was extremely relieved to get the news of the arrest made last night of Amanda’s killer. The investigators have assured me they have a solidly-built case to ensure justice is levied and the process is expedited. The family and I couldn’t be more thankful for the level of compassion and professionalism the IMPD and investigators have shown us through the last couple of weeks. My hope is for 3 things in the weeks and months to come:

(1) That the court system would have wisdom on how to prosecute this man, so that no one else endures the pain Amanda and our family have had to endure because of his actions.

(2) That through all of this and although there will be great consequences for his actions, he would become truly sorry for what he has done and would even begin to experience the life-transforming power of the Grace and Mercy of Jesus Christ.

(3) That Jesus would give me and our family a heart of forgiveness.

AMEN! Even after all that the Pastor, a true man of god, still asks for find forgiveness in his heart. Both this man and the police who brought the 3 killers to justice are amazing people. This just shows that not all police are out to get us, most of the time they have our best interests in mind. We salute you all and you have our sympathies in your time of need.