Wow. Just wow. Just when you thought Hillary Clinton couldn’t get worse, she does in a big way.

Now let’s be real here for a second. Barack Obama is no saint, is largely considered the worst president in U.S. history, and has never done anything to truly help the American people. But Clinton has stood by his side through all of this AND his foreign policy failures (coughIRANDEALcough).

But what Hillary just said not only proves that she shouldn’t be president, it proves that she doesn’t take any sort of responsibility whatsoever for her own actions and failures. A stance and habbit that is the most unpresidential thing one could possibly do. 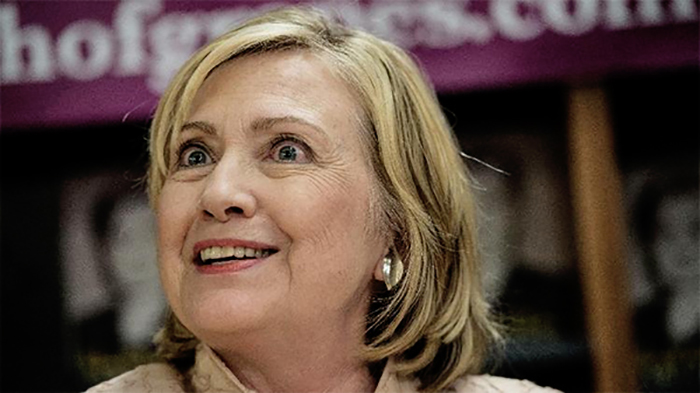 Hillary Clinton sought to shift blame for the messes in Libya and Syria Thursday, suggesting the chaos in those two Arab Middle Eastern countries was President Barack Obama’s fault.

Criticized by Sanders for spearheading the push to overthrow Libyan dictator Muammar Qaddafi, Clinton defended her actions and noted that it was Obama, not she, who ultimately made the call to intervene.

“The decision was the president’s. Did I do the due diligence? Did I talk to everybody I could talk to? Did I visit every capitol and then report back to the president?” she said. “Yes, I did. That’s what a secretary of state does. But at the end of the day, those are the decisions that are made by the president to in any way use American military power, and the president made that decision and, yes, we did try without success because of the Libyans’ obstruction to our efforts, but we did try and we will continue to try to help the Libyan people.”

So this was Obama’s fault? So you were opposed to it right Hillary? You said not to go in right? WRONG.

“Yes, when I was secretary of state, I did urge along with the Department of Defense and the CIA that we seek out, vet and train and arm Syrian opposition figures so that they could defend themselves against Assad,” Clinton responded. “The president said no. Now, that’s how it works. People who work for the president make recommendations and then the president makes the decision.”

So she did urge that we intervene in Syria and Lybia? Yup. Just another in the long list of lies from Hilliar Clinton.