Right off the heels of a devastating terror attack in Paris that killed more than 120 innocent civilians and wounded and critically injured hundreds more, France launched a devastating counterattack, going after the heart of ISIS and crippling them in ways never before thought possible. Not only is this great news for the country which needs its citizens to believe that they’re safe, but eliminating this obvious terrorist threat makes the world a better place. 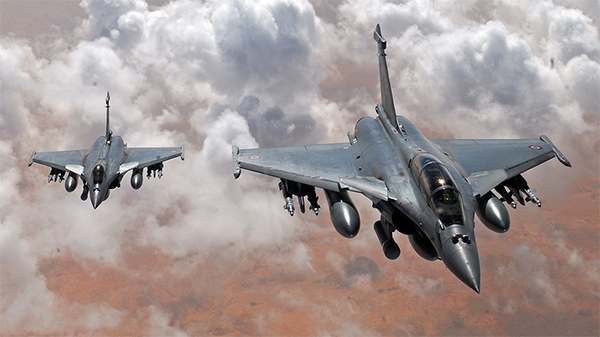 Twelve French aircraft, ten of which were fighters, dropped 20 munitions on the de-facto ISIS capital of Raqqa in Syria today. This appears to be France’s opening reprisal on ISIS for the terror attacks in Paris on Friday night. The APreports ISIS targets hit include command and control centers, recruitment center, a munitions depot and training camp.

However, the plan isn’t without its issues. A fight on the ground is all but inevitable, and the loss of life and logistics issues are quite profound.

Although increased air strikes against fixed ISIS-related targets are worthwhile, the airpower is severely limited when it comes to actually trying to defeat a group like ISIS. You can put pressure on the terror group with aerial bombardment, making it hard for them to grow and freely operate in the open, and precision medium-altitude strikes can keep what has become largely a military stalemate in place in Iraq.

But make no mistake about it: a different strategy, a much more risky strategy, will be necessary in order to truly take the fight to ISIS. As such, any politician or military spokesman who says their aim is to destroy ISIS, not to attempt to contain them at best, is stating a goal that is impossible to achieve under the current strategy and tactical limitations put on our fighting forces.

We stand with the people of France and I, along with everyone else in the free world, want this threat eliminated for good. Violent radical Islam has no place in 2015, and our next President needs to learn that, instead of cowering under his desk like the present one does. Good on France and any other country that has the intestinal fortitude to take on an enemy with guns blazing. You’re truly doing God’s work.