Here’s what Muslims really look like when they’re allowed to do whatever they wish.

If there was any story on earth that tells you what muslims are really like, and how they react to innocent people being attacked, then this is it.

I read in horror as this defenseless Jewish woman, Adelle Banita-Bennett, recounted what it was like to be stabbed, chased, and ridiculed by Muslims as she fled for her life in a deadly attack in Old Jerusalem. 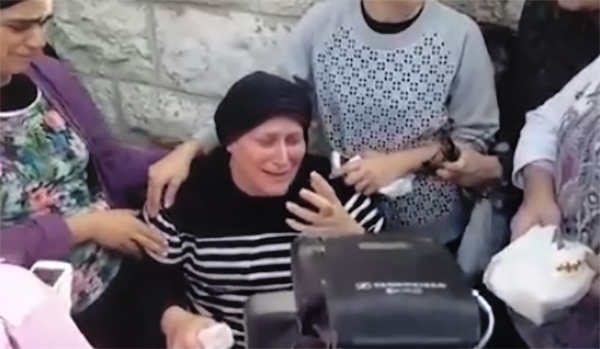 I ran for dozens of meters with a knife in my shoulder, bleeding. Arabs in the area who saw this horrible scene clapped and laughed, and told that they hoped for my quick death. I felt I was about to faint,’ she said. ‘I tried to hold on to someone who passed by, and they just shook me off and kicked me, and said die.’

I did not understand what was happening to me. I felt someone on my back and then I saw my husband begin to confront him. Aaron punched him hard in the face. He really fought him.’

Suddenly the terrorist left her husband and began attacking her. He began stabbing her and then returned to her husband. ‘There were many Arabs (Muslims) around who watched it happen. They only laughed and grinned. I begged them for help. ‘Help me. Help me.’

‘I told them I was wounded and my husband and kids were back there. While the knife was still stuck in me they slapped me and laughed at me,’ she said.

‘All the way that I ran, I heard curses, shouts. They were like animals. I felt it was organized.’

And these are the people that Obama and his administration wants in our country from Syria. Wake up America! This is what we’re going to be letting in.