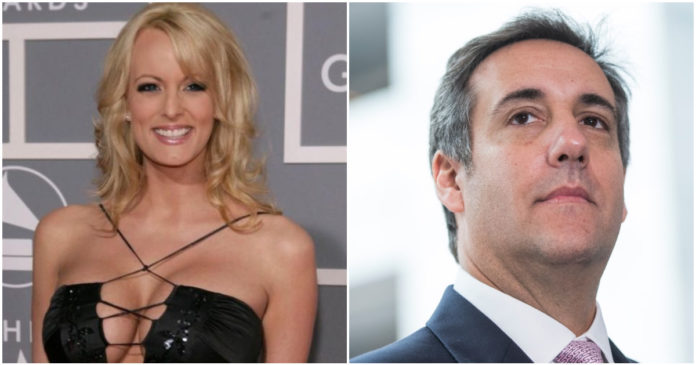 While Trump has denied the allegations, and Daniels come out herself to pour cold water on them, there’s the other component of the story that says Trump paid Daniels to keep quiet about the whole ordeal right before the 2016 election. This claim is the most interesting because of the legal implications, and while the story has gone flat in recent weeks, new comments made by Trump’s former personal lawyer have reopened the can of worms.

As reported at Fox News, Michael Cohen, who worked as the president’s personal lawyer for over a decade, is now claiming that the allegations that Daniels was paid are true and that the money came out of his own pocket–all $130,000 of it.

In a statement obtained by Fox News, Cohen admitted to paying Daniels, although he said it was entirely lawful and not a campaign contribution or campaign expenditure “by anyone.”

“Neither the Trump Organization nor the Trump campaign was a party to the transaction with Ms. Clifford, and neither reimbursed me for the payment, either directly or indirectly,” the statement read.

Speculation is that Daniels began shopping her story to ABC during the height of the election. However, to prevent her from going public, Trump paid her off. The truth of the claim has been debated, but Cohen’s bombshell admission is sure to see the scandal explode once more.

While Cohen has “confirmed” the payment happened, he hasn’t said what it was for or if the president knew about it.

Cohen said that he’s already discussed the issue with the Federal Election Commission in response to a complaint filed by Common Cause, a government watchdog. The watchdog has called on the FEC to investigate the source of the payment and determine whether it represented an excessive campaign contribution.

He called the allegations “without merit” and said he does not plan “to provide any further comment on the FEC matter.”

Trump is likely fuming at Cohen’s sudden admission to the payment, regardless if what he’s saying is true. What looked to be a dead and buried scandal has been given new life thanks to these new revelations.