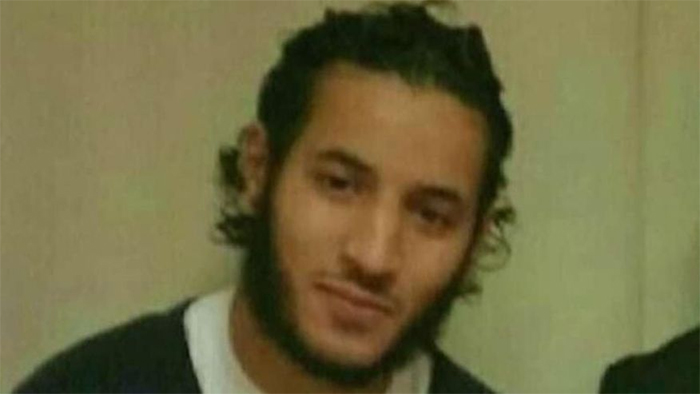 This is becoming more and more common place and it’s absolutely the most disturbing trend imaginable. Almost one year ago, we had a heinous live murder of two innocent reporters by a disgruntled former employee streamed live on Facebook. Now that seems to be reaching the Muslim terror community as well.

According to Fox News, a Muslim terrorist has just killed a French police officer as well as his wife, and streamed the whole thing live on Facebook for the world to see as it happened. This is absolutely disgusting. Here’s everything we know thus far.

More on this cowardly sub-human scum:

A Muslim radical who was being investigated for terror ties stabbed a French police chief to death outside his home, then tortured the man’s wife in front of their toddler son — all while livestreaming his rampage on Facebook.

The shocking attack in Magnanville, 35 miles north of Paris, ended after a three-hour standoff, when French commandoes stormed the home, rescuing the boy and killing Larossi Abballa, 25.

Islamic State’s Amaq news agency released a video that showed Abballa confessing, “I just killed a police officer and his wife.” The video appears to have been recorded inside the home of the couple as security forces closed in.

Before the raid, Abballa, a French national with a prior terrorism conviction and ties to jihadists based in Pakistan, made a horrific appeal to his Facebook followers, writing, “I don’t know what I’m going to do with the boy.”

Yet another terrorist that had convictions walked free and murdered, in cold blood, more innocent people.

Three men believed to have close ties to Abbala were brought in for questioning by French police shortly after the attack, officials said. Word that Abbala had filmed a 12-minute video of the attack and posted it on Facebook Live shocked the nation Tuesday morning. Abbala also tweeted twice during the killings.

French police had recently wiretapped Abbala, but had not found anything incriminating by the time of the attack, officials said.

Abbala pledged allegiance to ISIS three weeks ago and reportedly did during the filmed portion of the attack, too. The Islamic State’s Amaq news agency later cited an unnamed “source” as saying an ISIS fighter carried out the attack and the jihadist group claimed responsibility for the assault on its Albayan Radio, Reuters reported.

Molins said Abballa’s attack was a response to ISIS calls to “kill non-believers where they live” during Ramadan.

On Abbala’s Facebook page, which was later taken down, the terrorist wrote that “the Euros will be a graveyard,” according to the BBC.

French media, some of them citing unnamed neighbors, reported that the attacker was heard shouting “Allahu Akbar” — Arabic for “God is Great” — during the attack.

People, listen up and listen good. These are not isolated attacks anymore. When we have several attacks by Muslim terrorists every single month, this is an active war we are fighting and no one has had the balls to say it. Trump seems to be the only one that gets it as he said we need to declare war on ISIS and all that support them. That’s a start, but we need the whole world’s cooperation on this. This will continue to happen if we do not do something.

These are Christians murdering innocent people. Wake the *** up!