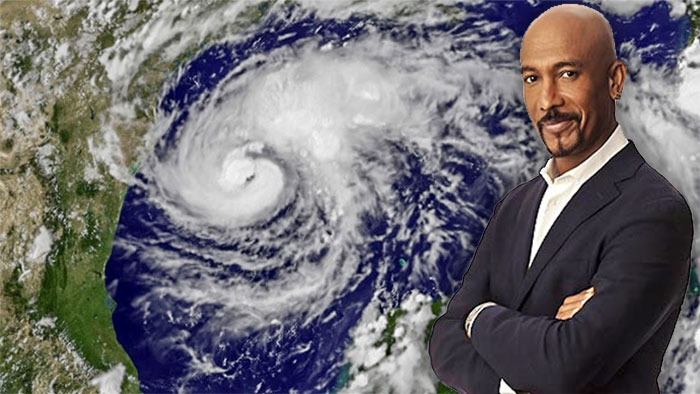 I’m not sure how you feel about events of late, but Texas seems pissed. Maybe it’s because of the rioting and maybe it’s just mad that it didn’t get a very good view of the eclipse, but this week Texans got to deal with an earth quake, and now Hurricane Harvey.

And because nothing can go without a political spin these days, TV and radio personality Montel Williams decided to take a jab at President Trump in a now deleted tweet, Republicans and those about to have their homes destroyed, all at the same time.

Way to keep it classy.

And as is the nature of social media, it didn’t go unnoticed.

Yeah, I'm sure they had no idea a hurricane is coming until you said something.

No, nobody had a clue, I asked around.

Is POTUS now doing the weather? Is this the best you can do to try and insult him? Looks desperate bruh, very desperate.

Yeah, at this point liberals have a lot to be desperate about. It turns out the full force of the mainstream media is no match for a cell phone and active Twitter account when it comes to strangling the facts.

From a Texas conservative, non-Trump voter, let's please not make a possible disaster into something political.

Wow…really? I don't like the guy but he IS the President…a REAL election was won…following legitimate election rules. Let it go.

I feel like if a liberal were here they’d bring up that popular vote again . . . But hey, a win is a win, am I right?

One of Twitchy’s editors even made a comment to him about it. You know he was super mature in his reply.

Montel, really? These people are literally in danger and you're using them to make a dig at Trump.

You go by “little bunny foo foo” no one is taking you seriously https://t.co/eUiWdqNlcm