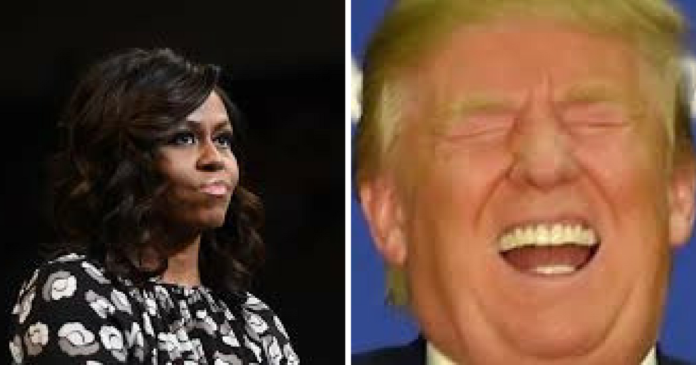 Michelle Obama wants conservative women to feel bad about themselves.

“In light of this last election I’m concerned about women, about how we think about ourselves and each other. I think more about what is going on in our heads where we let that happen,” Obama said when speaking at the United State of Women Summit.

Electing President Trump wasn’t the awful event that Obama makes it out to be. It’s not clear why she thinks women must not like themselves if they voted for Trump.

Hillary Clinton was completely trounced. Blaming women for her defeat is absurd. Clinton lost because she was a terrible candidate who no one liked. Even most Democrats admit that she should never have been on the ticket.

“So I do wonder what young girls are dreaming about when we’re still there when the most qualified person running was a woman, and look what we did instead,” Obama said.

“Women are still suspicious of one another… If we’re not comfortable with the notion that a woman could be president, compared to what?”

Actually, most Western women are perfectly fine with the idea of a woman president. They just didn’t like Clinton. Ivanka Trump is reportedly considering running for president and conservatives love the idea.

She played coy when asked if she was considering a 2020 run.

“That’s not the answer either,” she said.