Donald Trump’s experience and background will always come into question during this campaign. That’s just a fact we’ll have to deal with. He’s never held an elected office and doesn’t have a political background.

However, given his convictions, knowledge of the world, ideas, policies, and general temperament, we know he’s the right man for the job.

And now we have even MORE evidence to that fact. Trump was interviewed recently by Cal Thomas who is an author, columnist and political pundit. Cal took on the very daunting task of speaking to Trump on many different topics.

I say daunting because, as we know,  Trump is a powerful and quick witted man. You have to have serious cojones to interview him one on one, face to face. Thomas did this and one section of this interview stands out more than all the others.

This right he is why Trump needs to be our next president. 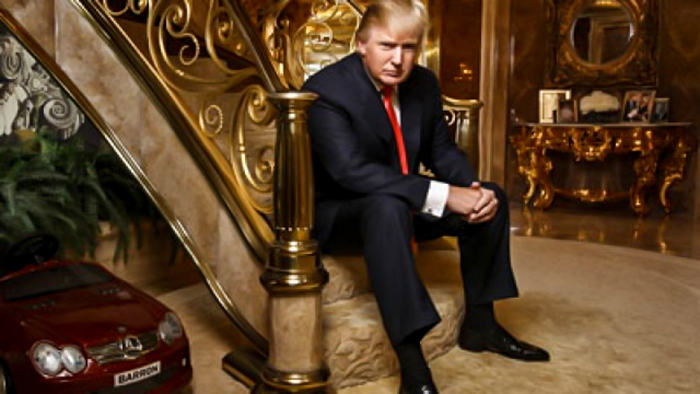 CT: There are two views of the Constitution. There are those who believe in a living Constitution that should align the document to the spirit of the age and opinion polls and there are others like the late Justice Antonin Scalia who believed it was settled law and should be a guide for how the country is run. Which side are you on?

DT: I’m on Scalia’s side 100 percent. His death was a tremendous loss.

This small little line shows that Trump draws a line in the sand. That the Constitution should not be interpreted and he stands for what America was founded on, not some modern day interpretation based on evolving cultural and spiritual beliefs (coughShariaLawcough).

Here’s a portion of the full transcript of the interview which can be found right here:

CT: My grandparents used to play a parlor game. It went like this: Tell me who you are without telling me your name or what you do. We have seen your tough exterior, but who are you at your core and what is your basic philosophy and worldview?

DT: I am a person who grew up with two wonderful parents and a wonderful family and a person who has done well in life. I went to great schools. Wharton School, a lot of great places. Education is very important. I think I understand education. I think I can straighten out our mess in education. And I’m a person who has, to a certain extent, redefined where I should be. I started off in Brooklyn and Queens and I wasn’t supposed to come to Manhattan. My father didn’t want to go to Manhattan for me, and I came to Manhattan and I have done a great job in Manhattan. And then I wrote a best-seller and I wrote numerous best-sellers. I wrote ‘The Art of the Deal’ and numerous other books. Some were number one best-sellers. I guess ‘The Art of the Deal’ is the best-selling business book of all time. I had a TV show called ‘The Apprentice’ and it’s one of the most successful reality shows in the history of television. And now I’m doing something else.

CT: President Obama has said America is not exceptional. I know you hold another view. A lot of people would like to know why you love America, besides the opportunity it has given you to be successful and make money. What is it about this country that, as president, you would seek to preserve, protect and defend, in the words of the oath of office?

DT: President Obama has been an unbelievable divider of this country, whether it’s rich and poor; white and black. One thing I had hoped Obama would be is a good cheerleader for the country. He’s really brought the opposite in spirit to the country. He’s been a very negative force. I think you see this when you see the tremendous division in the country, when you see Baltimore, when you see Ferguson and St. Louis. As far as the country is concerned, we have tremendous potential, but we’re not using it. I get the biggest rallies by far, much bigger than Bernie (Sanders), much bigger than anybody else. And the people are phenomenal. You know my theme is ‘Make America Great Again’ and I think it can be greater than ever before. But if we have four years of Hillary (Clinton), I don’t know if we can ever come back.

CT: Your critics say some of the language you use is divisive. How do you get beyond that? Will there be a pivot for you from the primaries to the general election campaign, because, even though Trump University (the subject of lawsuits claiming fraud and deception) is important to you and the (Latino) judge in the (two class-action lawsuits) … you say has been unfair, these are not things that resonate with most Americans who are concerned about jobs, the economy and threats against us.

DT: I agree. It’s starting very soon because Tuesday … (was) the last day (for primaries). I will have received more votes for a Republican than anyone in the history of the primaries by millions. More than Ronald Reagan, who was a terrific guy, more than Dwight D. Eisenhower, more than everybody. … That’s a great honor. Honestly, that puts a lot of weight on your shoulders because you’re representing so many great people who want to see so much. And they’re hungry for … I hate to use the word change because Obama used to use that word … but they’re hungry for real change; they’re hungry for making things right. And what I will do is put America first. People don’t like to use that term of America first, but we’re going to make America great again by putting America first. With our trade deals we are always second. You can pick any country and they’re eating our lunch and making us look bad and so we’re going to change that, Cal. We have to make our country rich again before we can make it great again. We’re a poorer country. You’ve seen how we’re stealing airplane parts for our fighter jets. We’re going to do something that will make you very proud.

CT: There are a lot of people who supported one of your opponents during the primaries. Some say they will never vote for you. Others say they are persuadable. How do you plan to persuade the persuadables who are concerned about your temperament?

DT: I’ve had great success in everything I’ve done. When you have the most votes of anybody that tells you where the party is. I think the party got lost to a certain extent. For instance, we talk about trade. I believe in free trade, but I really believe in making great deals for the United States.

CT: You seemed to indicate a moment ago in response to another question that you are going to do a pivot after the primaries. What would that look like?

CT: So there will be less talk about Mexicans and other things and more about issues?

DT: Yes, the reason I bring up the (Trump University) lawsuit, because it is a lawsuit I am going to win. … I have thousands of students who loved the school and I’ve been treated very unfairly in that lawsuit. I don’t care if a judge is Mexican or what. What I care about is to be treated fairly. And the only reason I spent time on it is when they ask me a question, instead of saying I have no comment and then winning the case two years from now, I’d rather bring up parts of the case. For instance, you possibly didn’t know I have many thousands of letters saying the course was great. And people have actually been successful after they took the course. It’s worth my while to explain this because people then say, ‘Wow, I never knew that.’

CT: Let’s talk entitlements. The biggest drivers of debt are Social Security, Medicare and Medicaid. At one point you said you wanted to reform Social Security then seemed to change your mind and said you want to leave it alone. When George W. Bush and (House Speaker) Paul Ryan tried to do it they got demagogued by Democrats. Are you in favor of reforming these entitlement programs?

DT: What I want to do with entitlements is to stop the fraud, waste and abuse. I want to make the programs very strong. I want to bring wealth back to our country so we can afford them. We’re losing all our jobs. Look at Indiana. One of the reasons I won Indiana is because Carrier just announced they are leaving for Mexico. We’re losing our companies; we’re losing jobs; they devalue us out of business — China and these other countries. We should be a rich country again, and if we do that, we can leave Social Security. Now, there’s tremendous waste, fraud and abuse beyond what anyone would understand, and while this is not the reason I do it, the Democrats are going to leave it the way it is.

Manufacturing is down 55 percent. Factories that were thriving 25 years ago are now all empty. We’re going to bring jobs back to this country. I think that is one of the reasons I’m going to do well with the African-Americans and Hispanics.

CT: One of the things that most affects African-Americans is education. So many children are trapped in failing public schools and liberal politicians won’t let them escape. Do you favor school choice?

DT: I am totally in favor of choice. It’s necessary and it’s competitive.

I urge you to go to the link below and read the whole interview. Trump sounds not only reasonable, something the Liberal media paints him as not, but also sounds presidential. This is awesome!

Agree with what Trump was saying? Here’s the link and share this with every true patriot you know!