I seriously don’t know how we’ve let Obama run this country this long.

In a not so shocking report this morning, we now know that Obama and his administration did something that’s more than likely completely illegal back in 2011 and 2013. During the debt limit crisis’ that showed the government would be able to continue working during a shut down was a bit more far fetched that we thought. 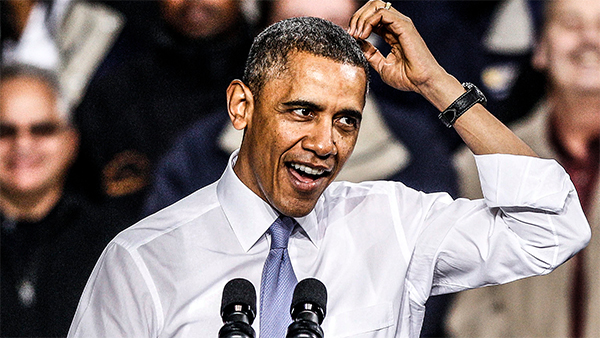 Federal Reserve Bank of New York officials secretly conducted real-time exercises during the 2011 and 2013 debt-limit crisis that demonstrated the federal government could function during a temporary shutdown by prioritizing spending, even as Treasury Secretary Jack Lew publicly claimed many times that such efforts were “unworkable,” according to a new report by the House Financial Services Committee obtained by The Daily Caller News Foundation.

The staff report, to be released Tuesday, charges that Lew and other Obama administration officials deliberately misled Congress and the public during the federal budget and debt limit showdowns in both years. The committee will convene a public hearing on the report Feb. 2.

What’s worse, they did it because they could, not because it was the best thing for the country at that time.

The report also states that the Obama administration crafted actual contingency plans to pay for Social Security and veterans benefits, as well as principal and interest on the national debt if the government was temporarily unable to borrow more money. The Committee concludes that over the last two years the Treasury Department has “obstructed” congressional efforts to get to the bottom of the administration’s real-time policy during the two showdowns.

The Constitution stipulates that only Congress can determine how much money the federal government can borrow. Presidents thus cannot unilaterally spend beyond congressional debt ceiling limits set. The committee — chaired by Republican Rep. Jeb Hensarling of Texas — charged that during both confrontations, the Obama administration held the country’s creditworthiness “hostage” by claiming default was the only possibility if the debit ceiling was not raised.

Yet another example of Obama and his administration going against the Constitution of this country. Shouldn’t that be, you know, punishable by law or something? Oh that’s right, it is.