Donald Trump was always a champion of things that made this country great, and he recognized greatness in other people. That’s why when Justice of the Supreme Court Antonin Scalia was found dead, Trump wrote a heartfelt letter in which he laid out exactly why the Justice deserved the highest praise and honor. 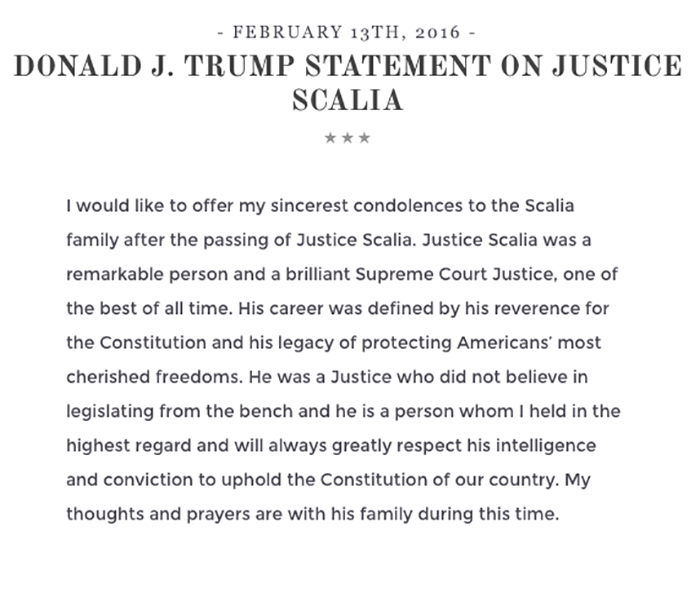 Trump also tweeted about what this means for the country moving forward:

The totally unexpected loss of Supreme Court Justice Antonin Scalia is a massive setback for the Conservative movement and our COUNTRY!

You can read the story of the original reports of Scalia’s death here.

We pray for Scalia’s family, and we support Trump all the way. Do you?