At this point, it’s a well-known fact that Donald Trump was right in all respects regarding the taking in of Syrian refugees. It’s ridiculous to me how anyone could think that having an open borders policy could be anything but disastrous on Europe.

Not only are the migrants (that are mostly young men, by the way) bleeding the countries dry economically, but they’re forming gangs that do nothing but assault, rob, and harass the citizens of the countries taking them in. That’s why some countries have had enough and are going on the offensive against this onslaught. 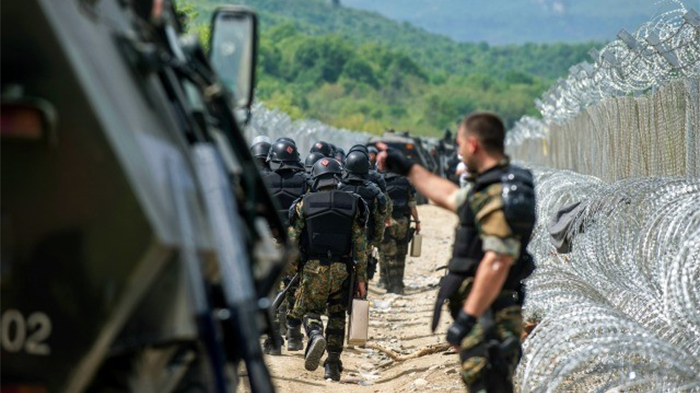 In a matter of just hours, Europe’s migrant crisis has escalated following the unexpected announcement Wednesday night by Austria’s Defense Minister Hans Peter Doskozil that his country is prepared to close its border if Italy does not get its migrant problem under control.

After Italy sharply criticized the Austrian plan, Switzerland has declared it is considering posting tanks to secure its own border with Italy. “We expect a significant increase in the number of refugees this summer. If Austria now closes off the Brenner Pass, Switzerland will become the only gateway to Northern Europe. Before that, we have to protect ourselves,” said Norman Gobbi, the security director of the Swiss Canton of Ticino.

The region has some 2,000 soldiers of the Swiss Tank Battalion at the ready, and they have been asked to postpone vacations in order to be available as needs may arise. As other migrant routes become more restricted or close altogether, Italy is becoming increasingly the path of choice for migrants coming both from the south and from the east. Heading north through Italy, if Austria no longer becomes an option, “many will then travel to Switzerland,” Gobbi said.

Austria is wasting no time in building a wall. Sounds familiar, doesn’t it?

According to Gobbi, in the past week 169 refugees have crossed the border between Italy and Switzerland illegally. “The refugees mainly take routes outside of the official border crossings. We must prepare ourselves for a possible migrant onslaught,” said the security director.

During the first part of this year Italy has taken in 50 percent more refugees than during the same period in 2015, and the Italian government is forecasting the total number of migrants this year to be double that of last year. “This will not be without consequences for Switzerland,” said Gobbi.

“We have to go on the offensive,” said Austria’s Defense Minister Wednesday night, referring to tightened border controls.

By all accounts, Switzerland agrees.

Now, I’m not sure how liberals see this without tying themselves into knots, but the facts are right in front of them. Switzerland and Austria are figuring this out the hard way – we need borders because either we have a country or we don’t.