Oh man. Hillary is sure to be pissed off at this one!

You know we’ve been so focused on Hillary Clinton’s email scandal that we’ve completely missed out on her time as the First Lady Of The United States, or as she’s know to the Secret Service, FLOTUS. Bill Clinton’s transgressions and missdeeds are well documented and they should be brought up once again for a generation of voters that did not grow up during the Clinton administration.

Well now these young voters can read all about Hillary and what happened during HER time in the White house. And you’ll never guess how it went. Spoiler alert: it wasn’t pretty. 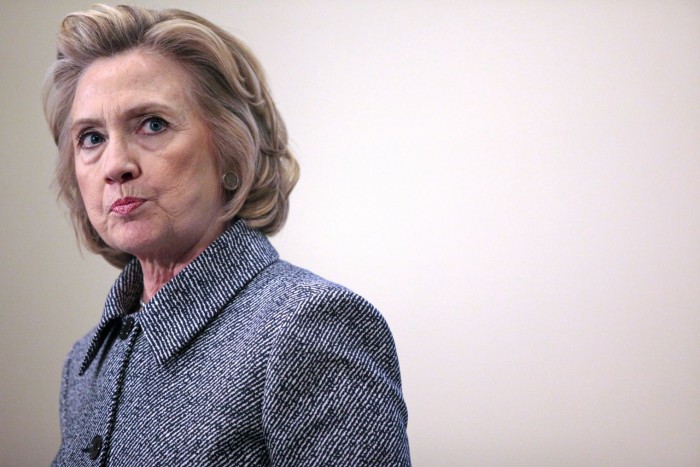 Her political career has been rife with scandal and she is currently under investigation by the FBI. To make matters worse for Clinton, a tell-all book is coming just out one month prior to the Democratic convention that threatens to shine a very unflattering light on her previous stay in the White House.

The book was written by Secret Service agent Gary J. Byrne, who protected the Clintons, and “…now tells this story — before voters go to the polls — in the hopes that Clinton supporters will understand the real Hillary Clinton.”

This is coming from a man with FIRST HAND knowledge of exactly what Hillary did while she was the FLOTUS. What could possibly be in this book that we don’t already know? Byrne couldn’t speak to the details, but look at what he said about his time there.

The book’s details have been kept quiet but Byrne has said what he saw of the Clinton White House and “culture” “sickened” him.

A prior book written by investigative journalist Ron Kessler had statements from Secret Service members that may shed light on some of what can be expected in Byrne’s book.

Some excerpts from Kessler’s book include statements about how then First Lady Hillary Clinton treated others:

‘She was just really rude to almost everybody. She’d act like she didn’t want u around, like you were beneath her.’

‘Hillary was very rude to agents, and she didn’t appear to like law enforcement or the military,’

This sounds like exactly the type of person we need to keep OUT of the White House. The article goes on.

But Secret Service officers are not the only Clinton White House insiders who have spoken up about the turmoil inside the people’s house. Politico spoke to various members of the White House staff in 2015 who also talked about Hillary’s foul temper and the Clintons’ “preoccupation with secrecy.”

Usher Skip Allen said, “They were about the most paranoid people I’d ever seen in my life.” He explained that their paranoia led them to changing the circuitry of the internal White House phone system to something that ended up negating “the security of the phone system.”

That sounds a bit like official State Department emails being sent through a private server in a bathroom.

Couldn’t agree more. Hillary needs to be thrown in PRISON and seriously investigated for actions detrimental to the safety of America. If you agree, share this article and have your voice heard!