Well this is just the height of stupidity.

The Obama administration has been the first administration to really embrace social media. Twitter in particular has been a massive point of interest for the liberal socialist and his cronies. Now, in a massive disregard for the American way of life, the State Department’s “Think Again, Turn Away” twitter account, tweeted 5 separate times about the work of a Muslim with known quotes calling for the death of Jews and Americans. 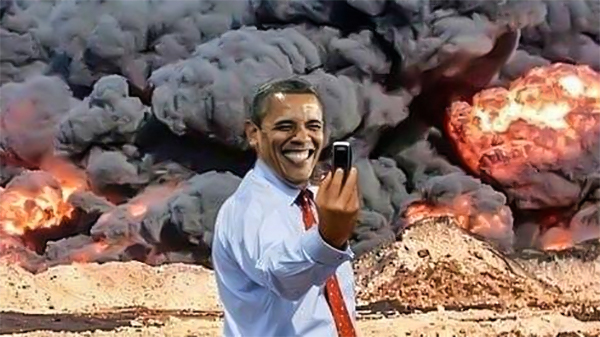 From the Washington Free Beacon:

In a series of five separate tweets on Wednesday, the State Department’s Think Again, Turn Away account, which works to combat radical Islam, promoted a recent NPR discussion with Sheikh Abdallah Bin Bayyah, a one-time vice president of the International Union of Muslim Scholars, an organization founded by a Muslim Brotherhood leader “who has called for the death of Jews and Americans and himself is banned from visiting the U.S.,” according to reports.

Bin Bayyah is reported to have been one of multiple clerics who backed a 2004 fatwa, or religious decree, endorsing violent resistance against American soldiers fighting in Iraq.

So not only does Obama and his administration hate America, they promote the works of people who want us dead. Sounds really American to me. Share this with everyone you know. We need to get the word out that Obama should no longer be in power and he needs to be impeached for crimes against the U.S.!