Just when you thought that we have made progress against gun control, this crap happens.

In a stunning turn of events, Obama has now been given power thanks to a democratic filibuster over control of refugee immigration and who we let into this country. Originally, the Republican controlled house voted on a way to help protect Americans by having a much more controlled vetting process. The democrats have screwed us once again and are about to let hundreds of thousands into the country. 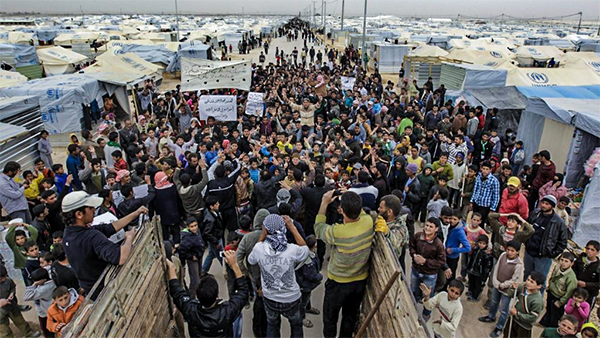 Brushing aside new fears of terrorists exploiting the refugee program, Senate Democrats on Wednesday successfully defended President Obama’s plans to accept 10,000 Syrian refugees this year, saying the U.S. cannot turn its back on its obligation to help the needy.

Republicans had hoped to put the brakes on Mr. Obama’s plans by asking that the chiefs of Homeland Security, intelligence and the FBI sign off on each refugee — a way of making sure all the right security checks are done.

But Democrats mounted a filibuster to block the legislation, leaving Mr. Obama a free hand to run the refugee program as he sees fit.

“Women, children and families fleeing persecution are not the enemy,” said Minority Leader Harry Reid, the Nevada Democrat who led the opposition. “We should be focusing all our effort on defeating the real enemy.”

That marked a stunning turnaround from late last year, when the same bill cleared the House with strong bipartisan support, drawing a two-thirds majority — enough to override a presidential veto.

Thanks democrats. No really, thank you so much. You’ve given me a reason to go out and buy a new security system and a new gun to protect my family from potential terrorists. Naturally, Republicans are furious.

“By blocking this measure, Senate Democrats are making it that much harder for us to keep Americans safe,” House Speaker Paul D. Ryan, Wisconsin Republican, said in a statement after the vote. “Even the administration’s top law-enforcement officials say there are gaps in our refugee program that terrorists can exploit.”

Mr. Obama has insisted his current program is capable of weeding out potential terrorists from the pool of potential refugees, and pointed to the Iraqi refugee program, which has admitted thousands of Iraqis over the last decade.

Defenders say it takes years to clear the program, and that makes it an unlikely target for Islamic State or other terrorists hoping to sneak operatives into the U.S.

But the program suffered a black eye earlier this year after the Justice Department announced terrorism-related charges against two Iraqis, signaling that the vetting may not be as airtight as defenders said.

Unreal. This could be the start of a new wave of domestic terror, all thanks to democratic idiocy.