Trump voters rejoice! You’re no longer being ignored. Fox News, the last bastion of real journalism in the U.S., has created a meaty pro-Trump lineup. Wildly popular radio host Laura Ingraham is getting her own show. Sources say that she’ll swoop into the coveted 10 p.m time slot, appearing directly after Sean Hannity.

MSNBC is at war with the president. CNN is at war with the truth. Both networks are fake news purveyors masquerading as legitimate news outlets. Fox News, however, has never veered away from its mission- real news for a conservative audience.

Ingraham’s hiring is a triumph for Trump voters. Even CNN couldn’t manage to insult her.

“But Ingraham is well known and well liked among Fox viewers. On her radio show and her Fox appearances, she channels the feelings of President Trump’s base and challenges Republican establishment figures. At times she is critical of Trump, too — but in a way that positions her as a champion for the voters who elected him,” the network wrote. 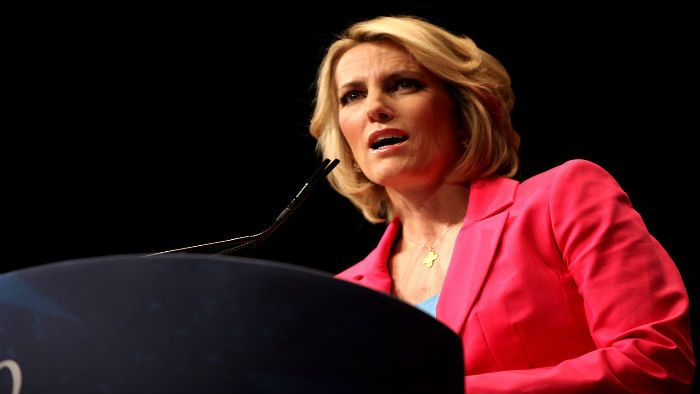 The Republican party is fractured. Democrats are joined together in mindless rage while conservatives can’t seem to agree on anything. We need people like Ingraham, people who are willing to challenge the Republican elite.

Americans want Trump; we fell in love with his agenda during the campaign and now we’re eagerly waiting for the promises to be fulfilled. Yet Republicans are blocking Trump’s efforts nearly as much as the Democrats are.

Republicans are in such dire straights there’s been serious talk of splitting the party in two, populists against the establishment. Fox News’ new lineup might heal the breach. It’s an old establishment network purposefully pandering to Trump voters.

Hot Air writes: “To some extent I think Ingraham’s hiring is a defensive move by Fox. Remember, rumors have swirled for awhile that there’s a new right-wing cable news network in the offing… They’re going to give their Trump fans as much populist-nationalism as they can handle in the evening, leaving no niche for the new network to exploit.”

Will you be tuning in to the new lineup?