Glenn Beck may go to jail and here’s why.

Glenn recently published the fact that he’s actively working with ex-CIA operatives to vet Christians in Syria to “smuggle” into the US, and he doesn’t care if his actions land him in federal prison.

Stop asking for permission! Stop thinking we need permission. … I asked if my audience could raise $10 million before Christmas to bring the Christians in from Syria. We will vet them ourselves. I have former CIA people that are going over, and they’re vetting everybody right now. We can save more people by Christmas than Oscar Schindler saved, OK? 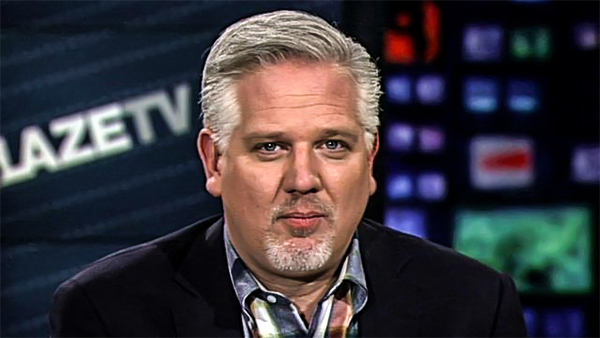 He goes on to say,

I refuse to be the church that stood and said, ‘Sing louder when the trains with Jews go by.’ Our churches have gone dead inside, I will so gladly grace a jail for the justice cause of saving people’s lives. I don’t need your permission at all to do the right thing! That’s who we need to be now! Forget about Washington! You don’t need permission to do the right thing.

Many religious groups in the U.S. agree with Beck and are pressuring the powers that be to take in nearly many thousands of Christian refugees from Syria, displaced by civil war and the ISIS uprising. This is all according to Reuters. They report:

Church World Service, a global humanitarian organization that represents 37 Christian denominations, has called on the government to take in 100,000 Syrians over the next year, said Jen Smyers, who works on the group’s immigration and refugee program.

The U.S. Conference of Catholic Bishops, the Lutheran Immigration and Refugee Service, and the Jewish refugee assistance agency HIAS along with secular groups have also backed that figure.

Since Syria’s war broke out in 2011, Washington has accepted 1,500 refugees, most of them this year, and the State Department expects 300 more by October. Four million people have fled the country since the fighting began, according to U.N. estimates.

That is a massive number of people, but does it warrant the U.S. taking in this many refugees when they’re not even on the same continent? For me, the answer is yes. I am a devout Christan man and I have sympathy for my fellow man and any brother or sister in Christ is worthy of our shelter.

As long as we make sure that only those who profess love for Jesus get through, we’ll be doing the Lord’s work. What do you think?