Donald Trump is many things. He is a great father, a born leader, and, in my opinion, WILL be the next President of the United States. The one thing he is not, is a liar. He has spoken from the heart and the truth is the only thing that seems to come out of his mouth. So when he makes an accusation as large as this one, we listen.

Back in February, Trump made an accusation that Obama was trying to rig the election against him. How did he do this exactly? Well Obama met with the New York Attorney General, some money was exchanged, and the next day Trump was being sued. Sound fishy?

It sure as hell is. 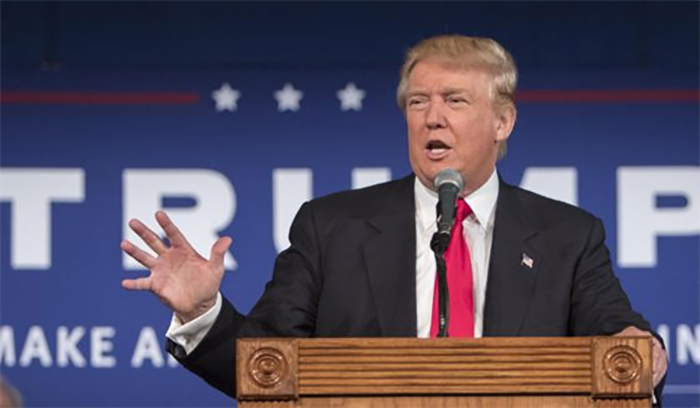 “The attorney general of New York meets with Barack Obama in Syracuse,” Trump said at a rally in Bentonville, Arkansas. “The following day he sues me. What they don’t say is, I believe, fifteen thousand or a lot of money was paid to the attorney general by the law firm in California that is suing me.”

Trump repeated his charge against Obama just moments later. “All of a sudden the attorney general ― his name is Eric Schneiderman, not respected in New York, doing a terrible job, probably is not electable in New York, but who knows ― and he meets with Obama, gets a campaign contribution, I think, I think it’s fifteen thousand dollars, and all of a sudden, he meets with Obama in, I believe, Syracuse, and the following day or two he brings a lawsuit against me.”

Rest assured, this claim holds weight. Why would Barack Obama go out of his way to meet with the AG of NY, give him money, and then have Trump sued? TO make sure Hillary wins. It’s that simple. And to do that, big government isn’t in the business about making grandiose gestures to make sure people go down. No it’s these small little things they do that add up. This is just one of the many that the liberals have done to smear and slander Trump’s name.

Don’t believe the hype. The liberals are the evil ones. Trump is what we need to fix what the liberals have begun to ruin.