Facebook has, for a long time, been a beacon of liberal thought, from its “trending topics” somehow always having something negative to say about Donald Trump and positive about Bernie Sanders and Hillary Clinton, to its enforcement policies of language that’s not “politically correct enough”.

Today we bring you a deleted post featuring a picture of Muslim women wearing burkas, with the caption “I’m not nervous around you because I hate your culture, I just don’t know when one of you are going to blow up.” 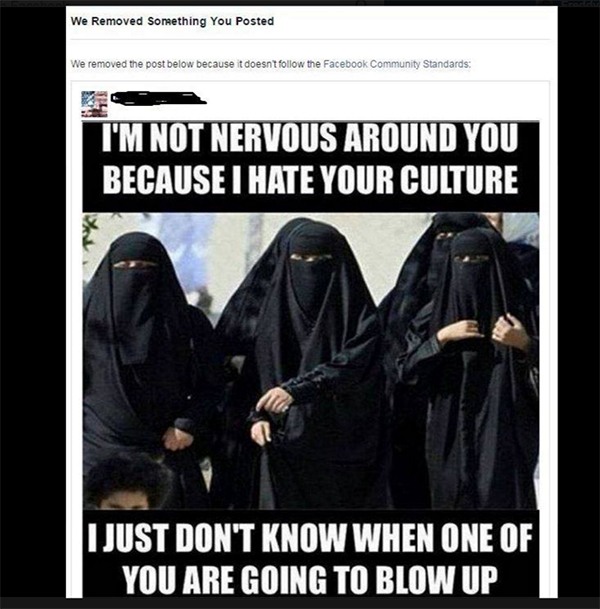 Apparently the very real threat of radical Islamism is too much for Facebook to handle and they just delete posts that speak an uncomfortable truth, all the while every post that calls Trump racist and bigoted is welcomed with open arms, because of the obvious liberal agenda of the site.

Let’s show Facebook that we can’t be censored, and promote the hastag #weareNOTallmuslim. Let’s take the country back!