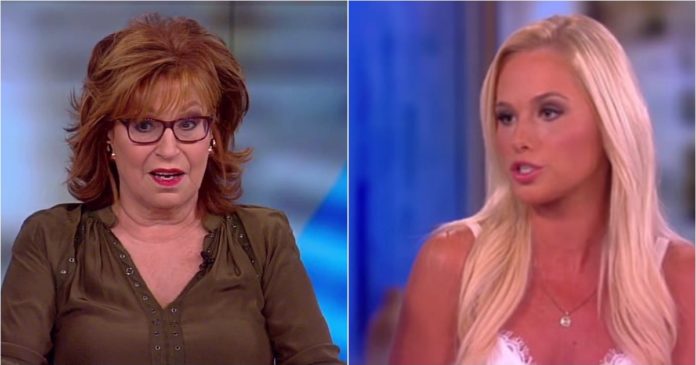 The harpies on The View picked the wrong fight this week. They tried to go after Tomi Lahren’s heritage, using her family’s immigrant background to attack her.

A genealogist did a lot of digging to find out that Lahren’s family came from Germany and Norway.

“This is not about playing gotcha. But as long as people like Lahren continue to push a specious agenda that suggests today’s immigrants are somehow wholly different from previous ones, I’ll keep showing just how alike they really are,” Jennifer Mendelsohn tweeted.

The post caught on like wildfire. The libs actually thought they’d found a way to bring Lahren down. The hosts on The View cackled over the incident on-air, with Joy Behar demanding to know what skills Lahren had to deserve to be in the U.S.

“This is classical Joy Behar. I’d like to ask Joy Behar what her skills are,” Lahren said.

“[The genealogist who researched my family] found that my family, who came here in the 1800s from Norway and Germany that they spoke Norwegian and German, and really what she did is prove that my family came here legally… But what she was hoping to do was try to call me a hypocrite for believing in merit-based immigration. Again, she failed miserably.”

Lahren shut the attack down completely. She wasn’t cowed for an instant.  Her thoughts on immigration aren’t invalid just because her own family came to the country as immigrants.

“This really isn’t what she calls resistance genealogy,” Lahren said.

“It’s another indication of Trump derangement syndrome. I really am happy though that she has such a fascination with my family history, and I’m hoping that she will take on Elizabeth Warren’s next.”

Pocahontas Warren can say anything she wants about her heritage, liberals are never going to call her out.