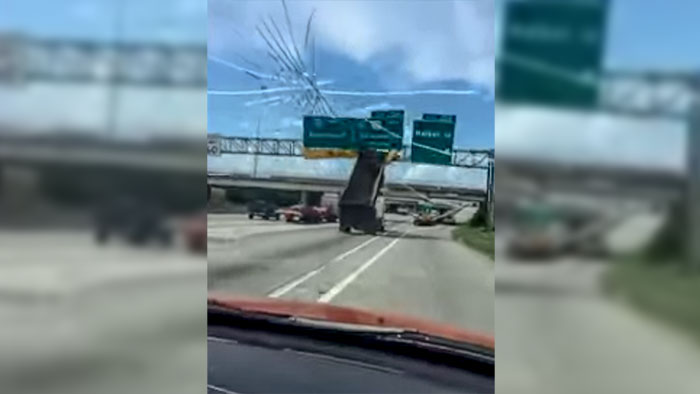 Sometimes when bad things happen to us they just hop up out of nowhere and hit you between the eyes.  And then there are the times when you see the bad coming for you, and there’s nothing you can do to stop it.

The latter was true for a guy who was pleasantly riding along with his dad when he saw destruction about to strike and wasn’t able to stop it.

There was not much to be done other than trying to signal the driver, which they obviously did. That said, it could have been a lot worse, like an overpass instead of a sign.

We don’t have any information about the condition of the driver, but thankfully there didn’t seem to be other cars hit in the accident.

Remember folks, the number one rule of driving is; keep it between the lines and right side up. If you can do that, you should be OK.