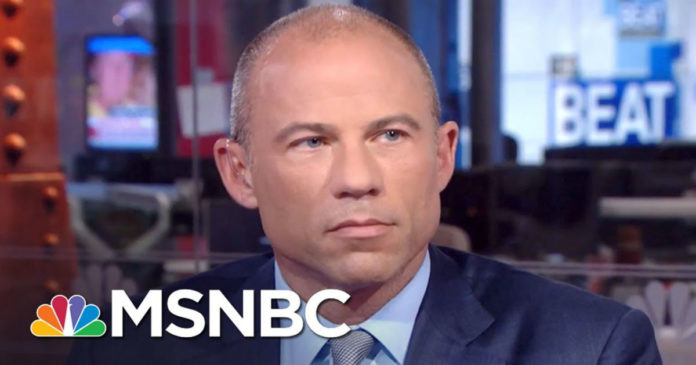 Michael Avenatti isn’t ready to give up the spotlight yet.

No one cares about Stormy Daniels so he’s trying out new angles. According to Avenatti, streams of women are approaching him claiming to have stories just like Daniels’. They say that they slept with President Trump and also received a hush money payment.

“They’re not fully vetted, but there are at least two I think are on solid ground. I think that as the evidence rolls out over the coming months’ disclosures are going to be made that my client was not alone as relates to these payments,” Avenatti told MSNBC’s Morning Joe.

“It is a process of vetting. We want to be careful about what we state… they may create additional exposure. They may prove to be problematic.”

Okay, first of all, does no one respect a nondisclosure agreement anymore? Assuming these women aren’t all lying (a huge assumption but we’ll go with it), what they’re saying is that they agreed to remain quiet about a personal affair and instead they’re blabbing about it the first chance that they get.

Clearly, these women want to get paid. They want fame. They see Stormy Daniels living the high life and now they’re licking their chops. It’s not surprising that they’re coming out of the woodwork now.

Avenatti probably doesn’t care that much. He’s already fielding movie and TV offers. CNN and MSNBC have basically hired him as their new pundit he’s on air so often. Does he have another rabbit to pull out of a hat? Who knows, who cares.