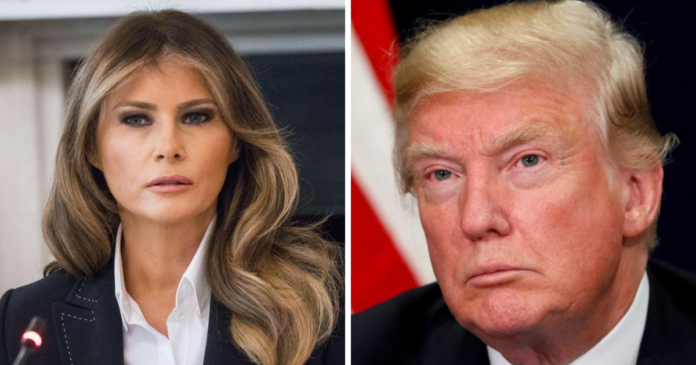 First Lady Melania Trump was hospitalized Monday because of problems with her kidney. She had a simple surgery and is now recovering. You wouldn’t think that Melania’s illness would become fodder for trolls but that’s how the left operates nows.

Monstrous people are making fun of Melania and President Trump. Teasing a woman in the hospital is a low blow.

“The procedure was successful and there were no complications. Mrs. Trump is at Walter Reed National Military Medical Center and will likely remain there for the duration of the week. The First Lady looks forward to a full recovery so she can continue her work on behalf of children everywhere.”

Twitter exploded after the statement was released. A popular liberal media outlet tweeted:

That was one of the nicer comments. People attacked Melania and cruelly wished that her hospital stay might be lengthened. They slammed President Trump and laughed about his “bad” luck.

Twitter brings out the ugly side of a lot of people. Attacking an innocent woman while she lies in a hospital bed, however, is particularly crass. The left is willing to use any angle they can think of to hurt the president. That’s how much they hate him. It’s not about politics anymore, it’s become personal.

Luckily, Melania should be able to leave the hospital by the end of the week. In addition to the cruel comments made by liberals, a lot of Americans also expressed their support.