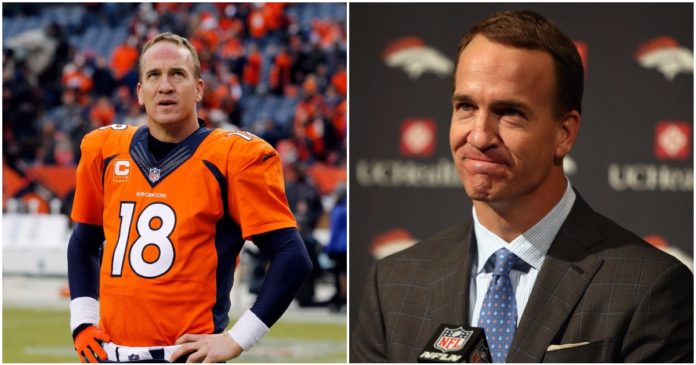 NFL legend Peyton Manning has been making headlines recently due to speculation over his potential foray into politics. Manning’s recent retirement has finally given him time to relax and reflect on what challenges he wants to tackle going forward in his life, and it’s long been thought that the political arena was a distinct possibility.

After Tennessee Senator Bob Corker announced his retirement this Tuesday, the press went wild with claims that Manning was considering a run for the vacant seat. But on Wednesday, Manning took it upon himself to set the record straight on the issue.

As reported by the Daily Mail, future Hall of Famer Peyton Manning shot down all the rumors of a Senate run while being interviewed on a sports radio show Wednesday, saying he’s giving “zero consideration” to a run.

“I certainly have an interest in politics and in our country,” the former NFL and University of Tennessee quarterback told WGFX-FM. “I just have zero interest in being a politician.”

Speculation was already wild enough, but after Corker told reporters that he hopes Manning will one day seek office, the rumor mill went off the tracks.

“Is there a chance down the road that he can be enticed to run for the United States Senate or something like that? I hope so,” Corker said. Shortly after he made the comments, Manning apparently texted the senator and begged him not to “fan the flames.”

It’s no surprise that Manning’s name is being considered by the media and politicians alike. With his broad likability and deep southern roots, it’s long been suspected that politics might lie in his future. This belief was only further confirmed when Manning went on a very public golf outing with President Trump and Sen. Corker earlier this year.

It certainly seems like something is brewing, but right now, we’ll just have to take Manning’s word for it. But don’t be surprised to see Manning’s name on a ballot in the near future.