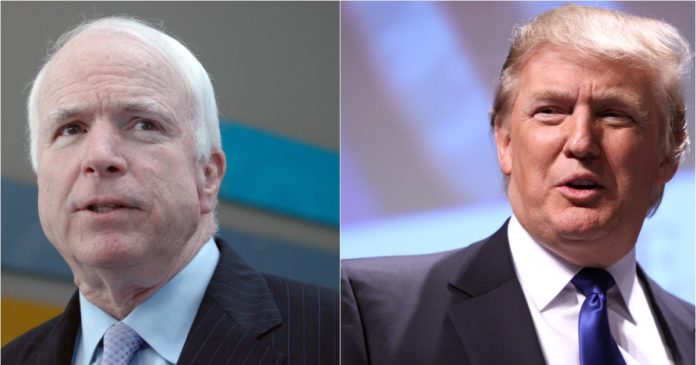 Sen. John McCain surprised a few Republicans recently when it was revealed that President Trump wouldn’t be invited to his funeral. McCain, 81, was diagnosed with brain cancer last summer.

“He’s the President of the United States. He’s a very good man. But it’s up to John. I think John should have his wishes fulfilled with regard to who attends his funeral.”

Hatch believes that McCain should change his mind. Democrats disagree. McCain and Trump have fought viciously since Trump entered politics. Their styles are very different. Hatch refused to answer questions about the bitterness of Trump and McCain’s fights.

“I’m not going to weigh in on that,” Hatch said.

“He can have whatever feelings he has. And maybe he’s justified in feeling that way I don’t know. But I don’t think so.”

Hatch does agree, however, with the common assessment that McCain is a great man who has lived a full and influential life.

“There are a number of the rest of us who will make sure the place runs,” Hatch said when asked about a potential memorial service for McCain.

Vice President Mike Pence will be invited to McCain’s funeral to represent the White House. If McCain and his family don’t feel comfortable asking Trump to attend as well, those feelings should be respected.

McCain and Trump’s relationship deteriorated after Trump blasted the Arizona lawmaker’s military past. He made fun of the fact that McCain was captured in Vietnam, pointing out that he preferred soldiers who never became prisoners.

McCain is still alive so a lot of this is speculation.