In the ever increasing delusion that is the anti-Trump movement, there are those who really and truly think that President Trump deserves to be impeached for what he’s doing to America. Apparently his “Make America Great Again” plans don’t sit well with those who thought that Obama’s version of “change” was a good thing.

These are the folks who show their disdain and malice by making wishful pictures with photoshop and hoping that their hatred is enough to impeach a fairly elected President. 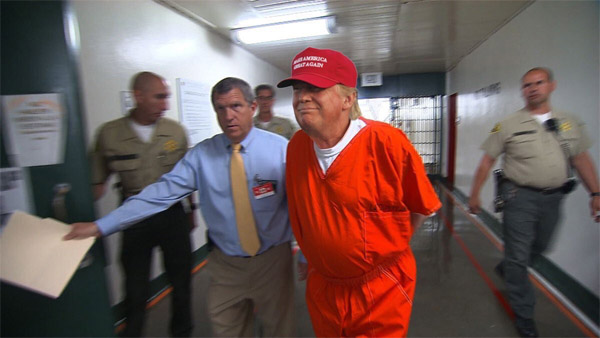 (On Twitter, one anti-Trump tweeter with the handle “IMPEACH TRUMP” shared this Photoshopped image repeatedly throughout the week and tweeted incessantly about impeaching and jailing President Trump)

Well, all’s fair in love and war I guess, and since they keep insisting on fighting this war, how about we fight back with some facts about what their golden boy, Obama, did while he was in office.

World Net Daily was kind enough to print a very exhaustive list of the 25 things that Obama did that were far greater offenses to America than what President Trump has done in office, but I’m just going to list a few of my favorites.

Obama’s Iran nuke deal: The Obama administration pushed the deal through and agreed to major terms without consulting with the U.S. Senate. The White House championed the plan as “the historic deal that will prevent Iran from acquiring a nuclear weapon.”

Obama IRS targets conservatives: In 2010, the Internal Revenue Service began subjecting tea-party and conservative groups to intrusive scrutiny when they applied for nonprofit status. The IRS later issued an apology and blamed mistakes on low-level employees. But it fought for more than five years demands for full disclosure and documents sought by tea-party groups.

Obama argued that because the Senate had been convening every three days, the pro forma sessions didn’t allow any business to take place, so the Senate should be considered in recess.

(And last but not least)

Extortion 17: Extortion 17 was the call sign for a helicopter shot down by the Taliban in eastern Afghanistan on Aug. 6, 2011.

Thirty U.S. Special Forces soldiers were among those killed, including members of SEAL Team 6, the unit that killed Osama bin Laden.

Family members of the deceased believe the Obama administration put a target on the back of SEAL Team 6, and the deaths were payback for the killing of bin Laden.

They blamed the Obama administration for recklessly identifying who killed the famous terrorist leader.

“American warrior blood is pooling in the Oval Office,” said Billy Vaughn, whose son Aaron was killed in the crash. 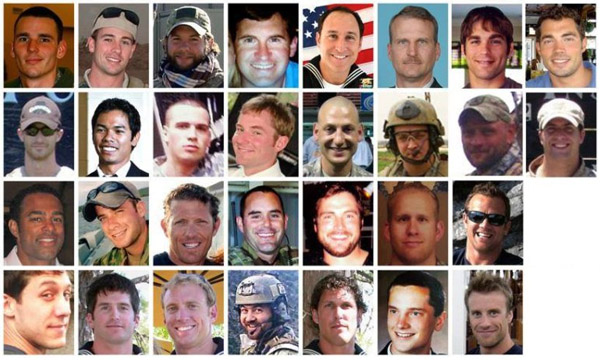 These are just a few of the offenses that should have made these Washington watchdogs furious, but for some reason, didn’t. If you’d like to read more about these egregious misuses of the Presidency, again, the full list is here.

And if you’d like to see just how delusional the brainwashed masses are, check out this flyer that was put up around D.C. as an encouragement to the men and women working in the Trump administration. 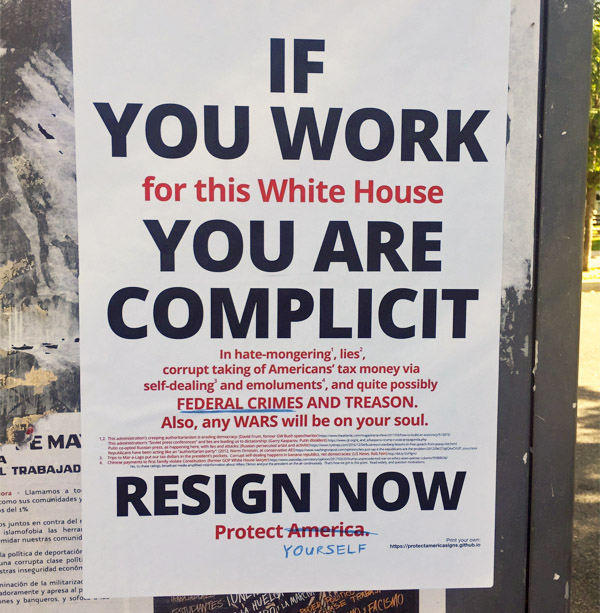 I don’t know what more I can add to that. If you’re reading this and you agree with that poster, you’re probably here by mistake and ready to explode. But that’s ok if you are, we won’t try to put you in jail just because we disagree with you.