People aren’t buying into CNN’s nonsense anymore. Searching “CNN fake news” on Google yields over 12 million hits. Their garbage reporting has led to multiple humiliations during the past few months. Their Russia coverage was so biased they were forced to abandon the story.

CNN’s investigative team has been ordered to ditch their probe into potential Trump-Russia collusion. In June three of their employees resigned after they were caught fabricating a story. Lingering embarrassment forced the network to admit that its investigation was going nowhere.

“CNN’s president, Jeffrey A. Zucker, led an investigation into the mishap and found that the story, written by Pulitzer finalist Thomas Frank, was published over the concerns of CNN’s legal team. The investigation revealed that key aspects of Frank’s reporting were based on one source, who expressed trepidation with how the information was presented before the story went to print, a fact Frank failed to relay to his colleagues.” 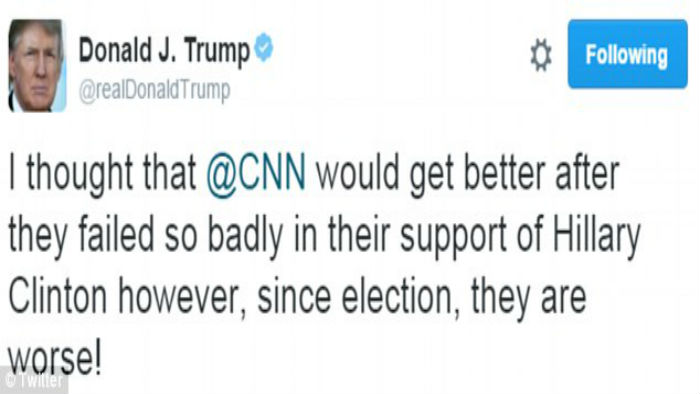 CNN’s reputation may be irreparably tarnished. Its frothy, frivolous coverage doesn’t appeal to most Americans. Liberals prefer MSNBC while conservatives and independents typically tune in to Fox News.

The network retracted its faulty story but refused to accept responsibility for publishing it.

“For 37 years, CNN has done award winning investigative work,” CNN said in a statement. “This year, CNN has gone even further… While there have been lessons learned along the way, one thing has remained constant — our unwavering commitment to this type of work at a time when it has never been more important.”