Where there’s a hair brained, moronic idea you can bet there’s a liberal behind it.

This time however, it’s an entire university. university of Maryland student Moriah DeMartino, 22, wanted to start a conservative club at the school. She was told no and the reasoning behind it is absurd. 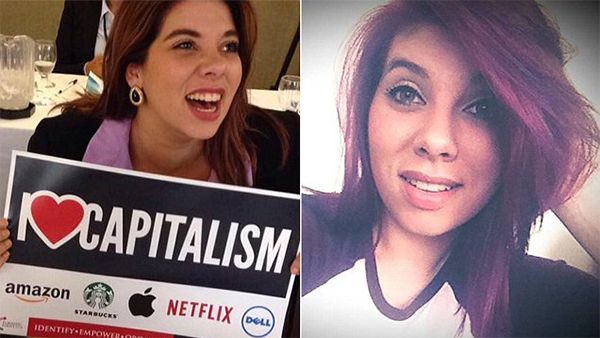 Moriah DeMartino was told by college administrators that if she wanted to start a group that was conservative in nature, a club specifically for Democrats would have to be started at the same time. The email to DeMartino also said that students cannot ‘start new clubs that duplicate the purpose and mission of existing clubs,’ according to a blog post on Turning Point USA’s website.

Now that actually doesn’t seem to be unfair. In fact, that’s how our system works so well: point and counterpoint. However, this wasn’t the case at all as what DeMartino found out was completely ridiculous.

According to HCC’s website, the public college’s only other political clubs include the Spectrum Club with a mission centered around LGBT issues, a National Organization for Women club that DeMartino said is more left-leaning and a general political science club.

This is why this story is a big deal. The university already considered left leaning clubs to have the same mission statement as a potential conservative club, which is just flat out wrong. Now, DeMartino is taking action.

We couldn’t agree more! We here at Yes I’m Right stand with you Moriah! No one should keep a good conservative down and no liberal should be allowed to veto a conservative club just because they say so. Who’s with me! Share this post if you stand with Moriah!