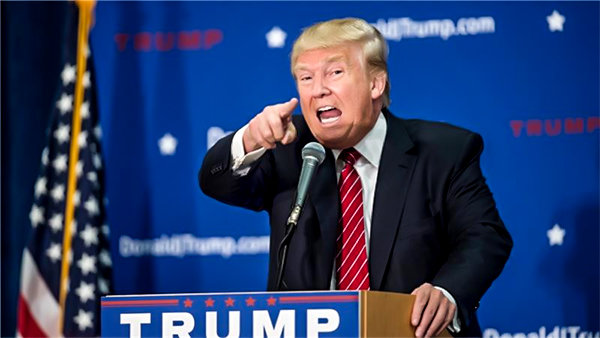 Some republicans have made it their purpose to get Trump out of the office by slandering his name and politicizing every one of his actions.

Although he’s good at making controversy all by himself, Trump feels that he may have been treated unfairly by the party – the same party that is very reluctant to accept him as a candidate despite his overwhelming poll numbers.

Trump announced that if this didn’t change, he would run as an independent candidate, and based on his support, he could very well take a lot of steam out of the Republican party indeed.

According to The Guardian,

Donald Trump on Sunday threatened to run as an independent presidential candidate, as Republican backlash over his proposed ban on Muslim immigration coincided with signs of him slipping in the crucial battle for Iowa.

The once dominant frontrunner is now 10 percentage points behind conservative rival Ted Cruz in the state, according to a Des Moines Register-Bloomberg poll that saw Trump slide to second just 49 days before the Iowa caucus on 1 February.

Trump duly turned his fire on Cruz, calling him “a little bit of a maniac” in an interview with Fox News.

In a series of interviews, Trump sought to defend his controversial proposal to bar entry to the US to all Muslims. He appeared to try to soften his message and deflect claims of racism by attacking the supreme court justice Antonin Scalia’s comments on African American students.

But in perhaps the most significant twist in a crucial weekend for the Trump campaign, the maverick real estate mogul once again raised the prospect that he could run as a third-party candidate if he feels badly treated by the Republican establishment.

This nightmare scenario for the GOP, which could dramatically split the conservative vote, was previously ruled out by Trump, who promised to run as a Republican – but only so long as he was “treated fairly”.

He responded angrily to reports this week that party leaders have been discussingalternative ways of deciding the nomination process if Trump leads a divided field by the time of the national convention in Cleveland next July.

“I’ve been hearing about these closed-door meetings, and I don’t like that, that wasn’t the deal I made,” Trump told CNN. “I signed a pledge, but a pledge was a double deal: it’s supposed to be honourable. If it’s that way, they are going to have problems, but I hope it’s not going to be that way.”