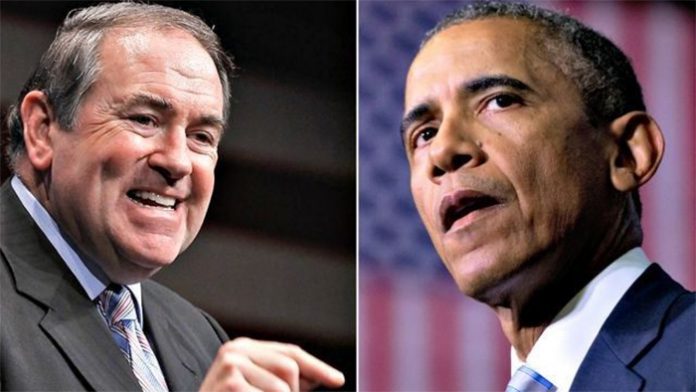 If you missed it this passed week, President Obama decided to “shame” Donald Trump by saying that he is “unfit” to be President of the United States. Well, he might want to rethink what he said as he just got schooled by someone with no where near his “credentials.”

When talking about Obama, you can literally use quotation marks for anything Obama has ever done, and Mike Huckabee knows this. Back in 2008, when Obama started his reign of terror, he had little experience and little done in the Senate, yet he won the Presidency on the wings of a “hope and change” mantra so annoying that to this day, it’s like nails on a chalkboard to anyone with a functioning brain.

However, now, many are trying to bash Trump’s lack of traditional political experience in the same way. Huck just set everyone straight.

I mean, can you argue with that? Obama is STILL unfit to be President. I can’t wait until November when we never have to hear the name “Obama” again.