I’m fairly certain this confirms Obama loves illegal immigrants, no matter what country they come from.

In 2014, president Obama gave an executive order that would allow 4.7 million illegal immigrants to stay in the U.S. and not be deported. And although that proves he doesn’t care about the lives of true American’s, the story gets way better than that. 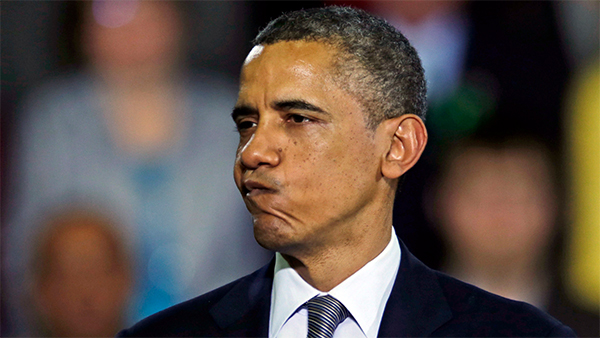 However, Obama and his administration are trying to block the courts. This is outrageous!

The Justice Department is appealing a 2-1 decision on Nov. 9 by the New Orleans-based 5th U.S. Circuit Court of Appeals that affirmed a lower court’s decision to halt Obama’s steps that were announced in November 2014.
U.S. Solicitor General Donald Verrilli wrote in the petition that the Supreme Court should hear the case because the appeals court ‘upheld an unprecedented nationwide injunction against implementing a federal immigration enforcement policy of great national importance.’

If left intact, the ruling would “allow states to frustrate the federal government’s enforcement of the nation’s immigration laws,” Verrilli added.
The legal challenge to Obama’s actions was made by 26 Republican-governed states that contend Obama overstepped his presidential powers by bypassing the Republican-led Congress and acting unilaterally.

Obama overstepping his bounds? You don’t say! There’s something new. Let’s just hope this case won’t be seen until later in the 2016 year, when the election is happening and it goes under the bridge. Each state willing to could bypass this and deport illegals as they see fit. Fingers crossed this happens!
(Source: Reuters)