The Benghazi fiasco and subsequent lie trail that Hillary Clinton has left in her wake is something I’m sure she wishes would just go away. Luckily, we have patriots all across this great nation that will make sure that never happens.

Take this kid for example. His name is Mason and unlike most students his age, he is a conservative through and through. It’s evidenced by his awesome anti-Hillary t-shirt he wore to school.

He and his teacher, who is a Liberal (surprise), routinely engaged in political conversations. What happened next is pure awesomeness.

A young man by the name of Mason wore his “Hillary for Prison 2016” shirt to high school one day, which caught the attention of one of his liberal teachers. According to his father’s proud Facebook post, it’s a pro-Hillary teacher whom Mason regularly talks politics with.

But during this particular exchange, the teacher got an unexpected, yet, totally epic response. His father sets the scene:

So…Mason wore his “Hillary for Prison 2016” shirt to school today. One of his Clinton-supporting teachers whom he’s has political discussions with asked, “Did you wear that for me?”

His reply, “No, for Chris Stevens.”

Boom! Nice job, Mason! That’s how you stand up to liberal indoctrinators, sometimes known as teachers.

Christopher Stevens, of course, was the U.S. Ambassador to Libya that perished in Benghazi on Hillary Clinton’s watch. 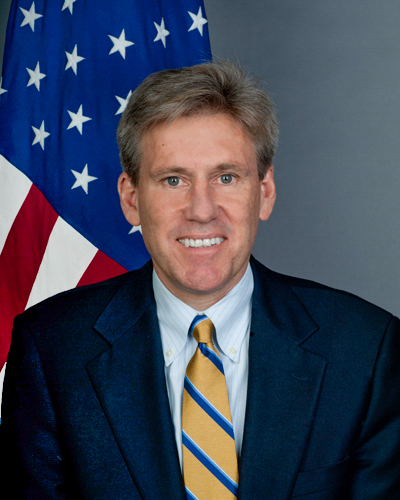 This story originated from a Facebook post, but it’s since been taken down. We imagine that Mason and his family didn’t want the publicity, but to be honest, they SHOULD.

The liberals tend to act all high and mighty about things like this and showing your conservatism should be celebrated by you, your family, and all other conservatives.

Mason, we salute you and hope you continue to show what it truly means to be a patriot in the face of all the lies and hate.