There was a very big election day across the country this past Tuesday. It may have been one of the biggest in this country’s history that no one seemed to notice. Across the U.S. there were many upsets, but possibly none more stunning than one that happened in Kentucky.

Incumbent Attorney General Jack Conway had a big poll lead heading into the elections where he was expected to beat Tea Party favorite Matt Bevin. Well Bevin won in a big way, defeating Conway by a 53/44 margin. This might not seem like much, but this is a Democratic state that has had a democratic governor for 40 of the last 44 years.

What brought about this massive change in direction? Some are calling it part of Trump Mania. 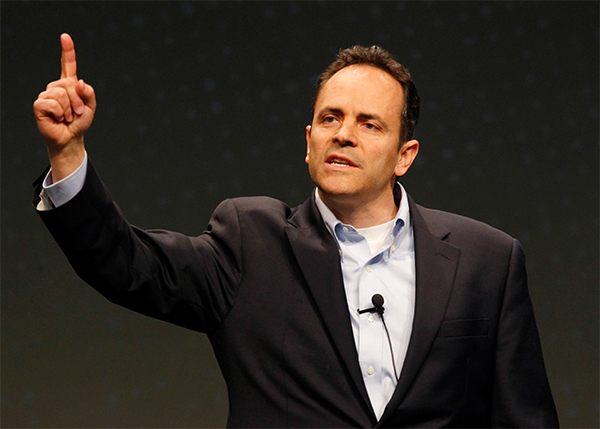 Pearson added: ‘Unfortunately, he ran into the unexpected headwinds of Trump-mania, losing to an outsider candidate in the year of the outsider. While Jack Conway came up just short tonight, his presence in this race strengthened the issues debate in Kentucky.’

The self-funding Bevin likened himself to Trump during the race in at least one respect. ‘I have no favors to pay back. There’s not one person in this state who believes they are going to have a job in my administration…There’s not one person who I’ve promised anything to,’ he said last week at a diner, according to The Washington Post’s James Hohmann. ‘Donald Trump is an interesting fellow…Part of what people appreciate about him is the very same thing. He doesn’t owe anybody anything.’

The main thing to take away here is that Trump’s unexpected success is starting to show it’s effects not only on the presidential race, but in smaller state races as well. This can only be good news as Trump tries to get into the White House, which we fully think he’s capable of. Go Trump go!