This is just another of the many reasons Donald Trump should be our next president.

This man speaks the truth wherever he is no matter what he’s doing. It’s annoys many people, but I, among many others, see it as his greatest trait.

Instead of hiding behind Washington political jargon that no one understands, Trump speaks his mind on anything and everything he’s asked, very rarely, if ever, avoiding topics that most other insiders would shy away from.

Here’s a perfect example. When speaking about the Middle East –  Saudi Arabia in particular – Trump pulled no punches. What he say may shock you, but we love it for being the truth! 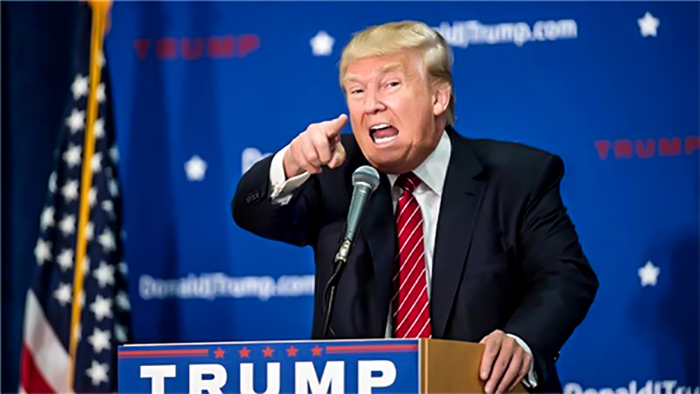 Donald J. Trump, the Republican presidential front-runner, said that if elected, he might halt purchases of oil from Saudi Arabia and other Arab allies unless they commit ground troops to the fight against the Islamic State or “substantially reimburse” the United States for combating the militant group, which threatens their stability.

“If Saudi Arabia was without the cloak of American protection,” Mr. Trump said during a 100-minute interview on foreign policy, spread over two phone calls on Friday, “I don’t think it would be around.”

Here are his words on Saudi Arabia, and the aftermath:

BOOM! And that IS the truth. Taking away oil and holding it hostage for troops to help fight ISIS is absolute brilliance. Why hasn’t anyone else thought of this? Oh that’s right, because Trump is not only a brilliant businessman, but should be the next leader of the United States!