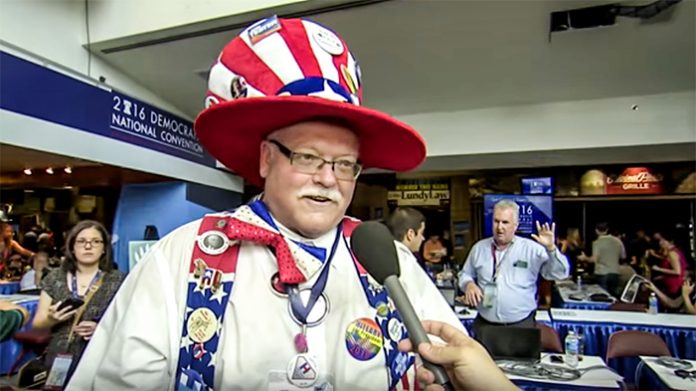 Ah, Hillary Clinton supporters, you sure know how to make us conservatives laugh.

Jimmy Kimmel is a late night talk show host and is famous for duping people to say funny things. His “Mean Tweets” segment is one of the funniest and best on late night TV, but sometimes he likes to go a little further. This time, he took to a Hillary Clinton rally to see if they could spot the difference when they gave these liberals a Donald Trump quote, but in reality they said it was from Hillary Clinton.

Secretary Hillary Clinton and Donald Trump have very different views on just about everything. Jimmy always wonders about whether people are really paying attention to those issues or not. For the most part, he thinks it doesn’t matter what a candidate says, it just matters which candidate says it. To put this theory to the test, we asked diehard members of Team Hillary if they agreed with some stuff Hillary has said.

But the quotes we asked about were not from Hillary, they were actually quotes from Donald Trump. So will these Democrats agree with Donald Trump?

It’s just the blind leading the blind folks. Share this with EVERY American and show them that Democrats are just dimwits that have no idea what Hillary is saying.