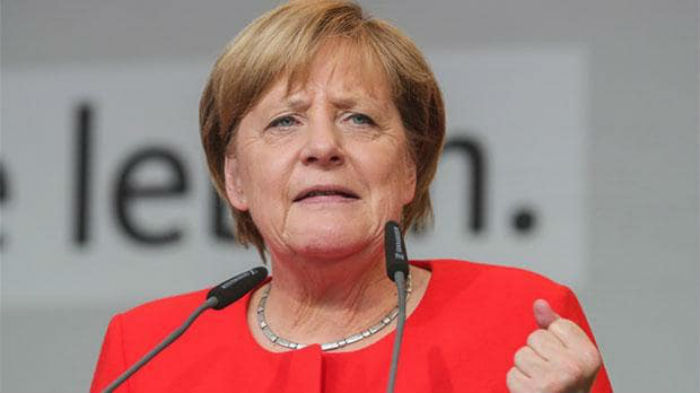 A lot of Germans are sick of Angela Merkel. She completely abandoned her constituents and allowed the country to be overrun by migrants. Over one million people have crept into Germany in recent years.

During a campaign rally earlier this week anti-Merkel protesters became so roiled they chucked tomatoes at her. One of the projectiles hit the chancellor in the hip, staining her coat. The air was filled with jeers and boos.

“If we made a mistake, then it wasn’t in taking in people, but rather that we didn’t pay attention to the fact that people in Jordan, Lebanon, Turkey and Syria didn’t have enough to eat, weren’t getting an education and put themselves into the hands of people-smugglers,” Merkel said of her decision to throw open Germany’s borders.

To her credit, Merkel never batted an eye. Fox News claims she didn’t take off the stained jacket either, wearing it to multiple other events that day.