Here’s a victory for our troops, no thanks to Obama.

American special forces captured their first ISIS fighter in the battle against the militant group early this morning in a raid on a stronghold in Iraq. This marks the first ever capture of a living ISIS fighter at all.

As Obama continues to shut down bombings and raids, these brave soldiers got one in a rarely approved mission. 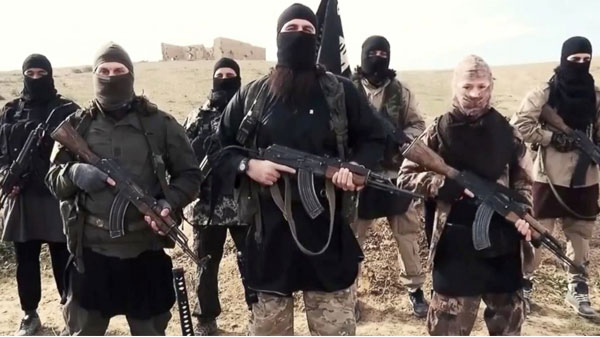 An elite American Special Operations force has captured a significant Islamic State operative in Iraq and is expected to apprehend and interrogate a number of others in coming months, ushering in a new and potentially fraught phase in the fight against the extremist Sunni militant group.

The American military has largely fought the Islamic State, also known as ISIS or ISIL, from the sky, and large numbers of Islamic State fighters have been killed in Iraq and Syria by American airstrikes. The 200-member Special Operations team, made up of many Delta Force commandos, arrived in Iraq in recent weeks and is the first major American combat force on the ground there since the United States pulled out of the country at the end of 2011.

Defense officials said the team had set up safe houses and worked with Iraqi and Kurdish forces to establish informant networks and conduct raids on Islamic State leaders and other important militants.

Now that they have someone, here’s what Obama has ordered they do. Which pretty much negates this win entirely.

Defense Department officials said that the United States had no plans to hold the detainee or others indefinitely, and that they would be handed over to Iraqi or Kurdish authorities after they have been interviewed. The officials said they did not intend to establish a long-term American facility to hold Islamic State detainees, and Obama administration officials ruled out sending any to the United States military prison at Guantánamo Bay, Cuba.

To give you some perspective, here is an interview with a ISIS fighter from another country. It’s absolutely chilling and paints the picture of why they are so dangerous to hand over to authorities that would likely let them go:

So when you capture someone from a terrorist organization, you question them and then let them go? What is this, fishing?! This is why Obama is the weakest leader we’ve ever had.