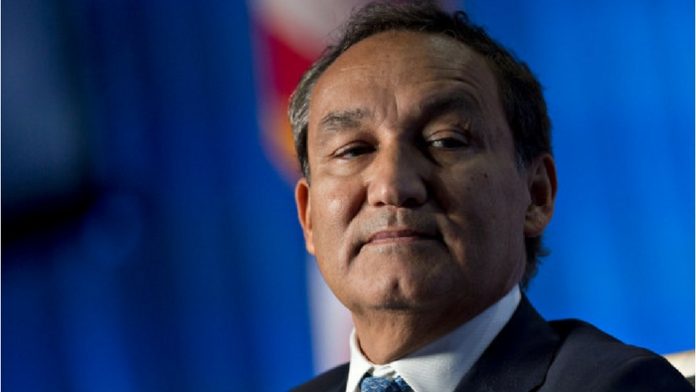 United Airlines is dealing with what is probably the biggest PR nightmare of their corporate lives after nationwide outrage has spread over the forcible removal of a passenger from their flight. The airline, which was overbooked for a flight, picked 4 people to remove, and when one didn’t go willingly, they got police involved.

The CEO, who initially called the passenger “disruptive and belligerent” has now changed his tune, and has issued an apology.

“THAT IS NOT WHO OUR FAMILY AT UNITED IS,” HE SAID. “THIS WILL NEVER HAPPEN AGAIN ON A UNITED FLIGHT. THAT’S MY PROMISE.”

IN THE FUTURE, LAW ENFORCEMENT WILL NOT BE INVOLVED IN REMOVING A “BOOKED, PAID, SEATED PASSENGER,” MUNOZ SAID. “WE CAN’T DO THAT.”

Is this because of the outrage shown by those who saw the video, or is it about money? Who knows, but either way, United and it’s CEO Oscar Munoz are both in for big trouble in the future, as people are already calling for a boycott.

A United spokesperson has said that all the passengers who witnessed this aggressive solution to United’s overbooking problem will be reimbursed for the price of their tickets.

Many people think that United Airlines was justified in what they did because overbooking is a normal practice due to the unreliability of passengers. The argument is that because the airline would lose money, and therefore raise costs across the board, it’s not something that should be criticized. They also firmly stand by the company policy “dead head” crew members to get them to where their next flight will be. Also, a completely reasonable, and even economical policy on the part of the airlines and I’ve no doubt that 99% of the time the risks pay off and all these things work together in harmony to create a basically seamless travel experience.

However,  it’s undeniable that this time it did NOT pay off. United made a mistake, and instead of paying for it themselves by re-organizing the schedule or even buying their own crew members seats on another flight, they decided to make their passengers pay. And to be perfectly honest, even that was within their rights. Their plane, their seat, they had the right fill it with whomsoever they wish. It’s their right, it’s just not actually the right thing to do. They have the right to act like the entitled jerks that they obviously were, and it’s also our right to consider that attitude when deciding where to take our business. They don’t have to honor the contract they entered into with their passengers, and we have the right to lambast them, boycott them and generally treat them like the greedy corporate fiend that they are.