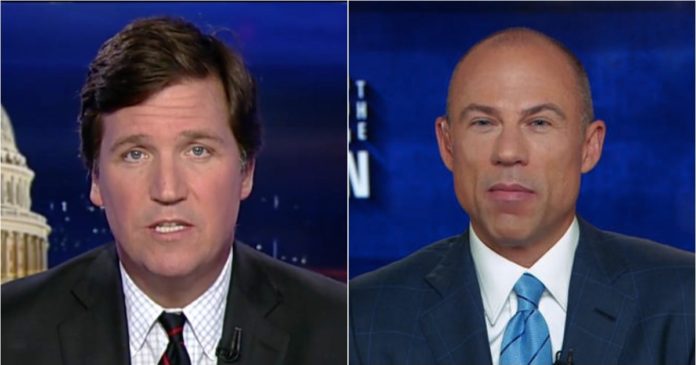 It’s an easy story to laugh about. Daniels’ attention-hungry lawyer Michael Avenatti is an even easier target. Conservative powerhouse Tucker Carlson made fun on Avenatti Thursday.

What do you think of when you hear that phrase? Carlson thinks of Avenatti.

“So here’s a political rule of thumb,” Carlson said.

Democrats are behaving as though Avenatti and Daniels will be enough to bring down President Trump. Avenatti is being paraded around on the nightly news like he’s their next candidate.

“They routinely vilify tens of millions of Americans based on how they look…They prefer illegal immigrants to U.S. citizens, at this point they don’t even hide that preference, they’re open about it,” Carlson continued.