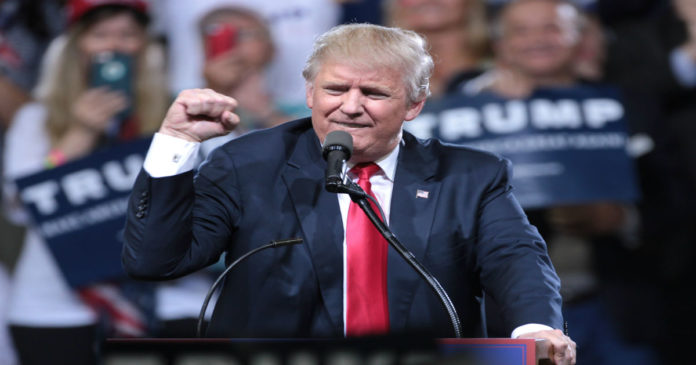 PC liberals are still clinging to the fiction that modern Islam is a “peaceful” religion. So they become infuriated when President Trump refuses to whitewash facts after terrorist attacks.

After the latest “Allahu Akbar” attack in Paris, Trump pointed out that the city’s refusal to see Islam for what it is causing major problems.

“So sad to see the Terror Attack in Paris. At some point countries will have to open their eyes & see what is really going on. This kind of sickness & hatred is not compatible with a loving, peaceful, & successful country! Changes to our thought process on terror must be made,” Trump tweeted.

The Trump administration has a much more aggressive plan for eradicating terrorism than the previous administration. Barack Obama couldn’t even get himself to utter the words “Islamic terrorism.”

Trump, by contrast, specifically targets religious extremists. People from countries that are overrun with fanaticism face extra scrutiny before they’re allowed to enter the U.S. Citizens from a few troubled countries are banned entirely.

Still, the administration isn’t shutting out the Islam world.

“These relationships are critical to keeping America safe,” a CIA spokesperson said.

“By way of example, the Agency’s work on countering terrorism around the world .. has been in concert with many Islamic countries and has … saved countless Muslim lives and added security to the Muslim peoples of those nations.”

Everyone benefits when terrorists are foiled. Moderate Muslims should support Trump’s plan as well. And perhaps they would, but liberals are sowing discord.

“Trump is sending a green light for average people to mistreat Muslims.”

That’s a ridiculous thought. A Muslim man recently tore through a Paris street with a knife. There’s nothing discriminatory about wanting to stop terrorist attacks.