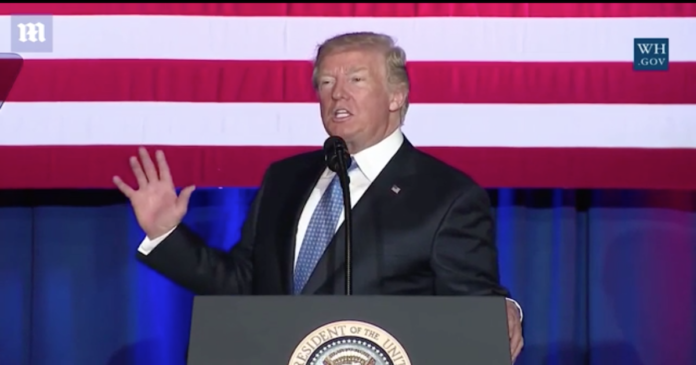 Donald Trump’s campaign for presidency and term this far has be wrought with an unprecedented amount of negative coverage from the liberal press. Never has a candidate or president had to deal with such hate and vitriol from those who are supposed to honestly and unbiasedly report the news.

On top of the news media, he’s had to deal with all the left-wing clowns in Hollywood mouthing off and pumping out propaganda on a daily basis. Despite the herculean effort to undermine his presidency, Trump is still popular with the American public. While his approval rating hasn’t been that great so far, it looks like the winds of change are starting to blow.

As reported at the Daily Mail, latest polls indicate that President Trump’s approval rating is on the rise, up to 45 percent, the highest since June. The summer wasn’t too kind to the president, as the media’s manufactured scandals concerning Russia, and the GOP’s colossal failure to repeal Obamacare, all took their toll. But it looks like the dog days of summer are at an end as we head into the fall season.

His approval rating is now close to the 46.8 percent he captured in the popular vote in the November election. With the poll having a 2 percent margin of error, it’s possible the president’s rating is even higher than the vote percentage he received.

It appears that the president’s proposed tax reforms are also popular with Americans. With our tax system so outdated, folks are keen to see serious changes and their taxes drop.

Forty-eight percent of folks who have heard of the proposal say they support, whereas 37 percent say they don’t. Even more positive is that when pollsters simply read some of the proposed reforms to people, 59 percent supported them. Meaning that when you take away all the noise and bias the media injects into issues, and even the president’s name, people are far more open to his ideas.

We’ve known this for a long time, that the media’s lies significantly shape people’s perception about issues. That applies doubly to Trump. Strip away the manufactured controversies and negative image that they’ve created around Trump and you’ll find broad support for his policies.