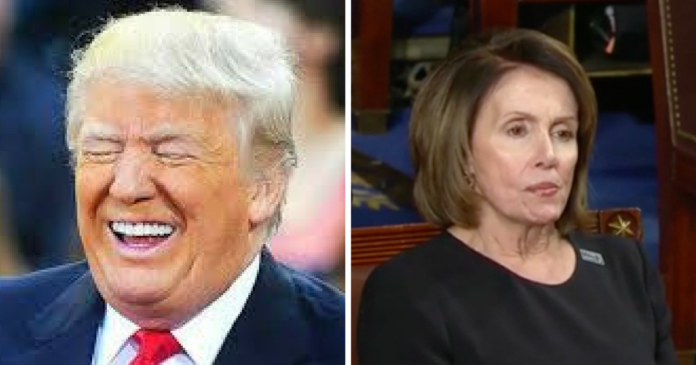 Americans fell in love with President Trump again after the State of the Union speech. Republican infighting combined with a smear campaign ran by the Democrats marred the president’s first year in office. He struggled to put his agenda in place.

He got a new start Tuesday night. Supporters haven’t felt so strongly about Trump since he the days when he was still a candidate. The Rasmussen Reports daily poll showed a 49 percent approval Friday, the highest number that’s been recorded since last June.

Voters are so far from regretting their decision that President Trump is even more popular now than he was in November 2016 when he beat Hillary Clinton.

The Daily Mail writes: “Rasmussen also calculates an ‘approval index’ based on the numbers of voters who say they ‘strongly’ approve or disapprove of the president. Thirty-five percent were in the ‘strongly approve’ column, and 38 percent told pollsters they ‘strongly disapprove’ of Trump. The difference, -3, is Trump’s best showing since the beginning of March 2017.”

The Democrats strategy of undercutting the president at every turn is failing. The State of the Union address was a resounding success because most Americans are happy with the way the country is going.

75 percent of the people who watched the speech loved it. Another Rasmussen poll found that most Americans believe that Trump is more likely to keep his promises than previous presidents. Trump’s sincerity is no longer being seriously questioned.

The president’s numbers are only going to continue getting better. The positive changes that were highlighted during Tuesday’s speech are just starting. Americans have only experienced a taste of the benefits that will result from Trump’s tax plan. The new rules regarding immigration haven’t made themselves felt yet either.

Once they do, Americans will be even happier with the White House.