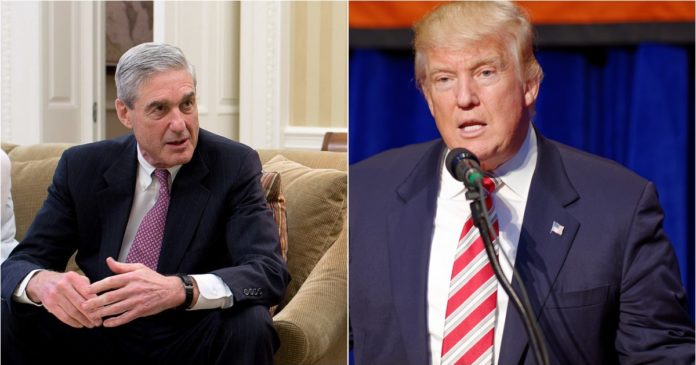 Robert Mueller’s witch hunt might be coming to an end. President Trump promised Wednesday to become personally involved in the Justice Department probe.

“A Rigged System — They don’t want to turn over Documents to Congress. What are they afraid of? Why so much redacting? Why such unequal ‘justice?’ At some point, I will have no choice but
to use the powers granted to the Presidency and get involved!” Trump tweeted.

Trump has been extraordinarily patient. Mueller’s investigation is a blot on his presidency, an unnecessary distraction. There’s absolutely no evidence that Trump colluded with Russia to win the election. The investigation is still churning.

Trump wants to use his influence to bring the matter to a close. It’s been going on for too long. Mueller hasn’t found anything that he can charge Trump with.

A few Trump associates have been less fortunate. Mueller’s investigation hasn’t been a total flop. Most notably, Trump’s personal lawyer, Michael Cohen, has been implicated. Last month his office, home, and hotel room were raided.

Democrats are out for blood. They’re not going to let up on the witch hunt until Trump is ruined. That’s the only reason Mueller was hired. If Trump doesn’t exert his power, the investigation might go on indefinitely.

Trump isn’t afraid of being charged because he didn’t do anything wrong. He is, however, annoyed by Mueller.