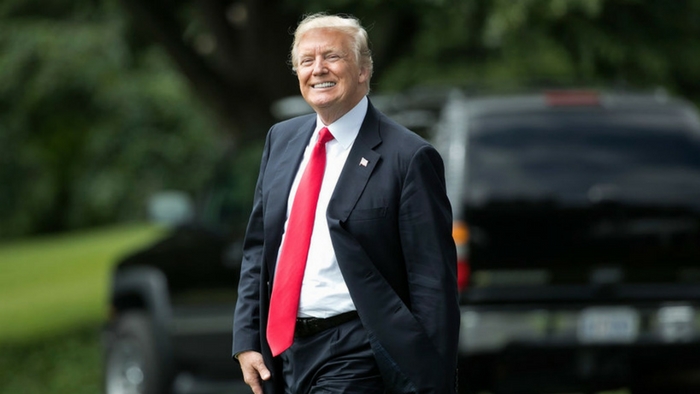 President Trump just abolished a Clinton-era tradition. The White House chose not to host a dinner celebrating the end of Ramadan. Instead, Trump issued a heartfelt statement expressing solidarity with the world’s Muslims.

For the past 20 years, American presidents have been bending over backward in an attempt to prove that they support Islam. The left’s rabid defense of the religion, combined with their unwillingness to even say radical Islam, has led to the creation of a pro-Islam agenda in Washington.

Not so with Donald Trump. Trump doesn’t care about appeasing fringe members of his base, and his administration isn’t ruled by political considerations. Trump wants what’s best for America. Period.

“On behalf of the American people, Melania and I send our warm greetings to Muslims as they celebrate Eid al-Fitr,” reads a statement released by the White House. “Muslims in the United States joined those around the world during the holy month of Ramadan to focus on acts of faith and charity.”

“During this holiday, we are reminded of the importance of mercy, compassion, and goodwill. With Muslims around the world, the United States renews our commitment to honor these values.”

Trump respects Islam, but he’s not devoted to it like his predecessor was. Barack Obama had so many ties to the Muslim community that his presidency was plagued with rumors that he was lying about his religion.

The Muslim world is squabbling amongst itself. Saudi Arabia and the United Arab Emirates are currently warring with Qatar. The Saudis are also locked in conflict with Iran and Iraq. Inviting representatives from each country to meet each other at the White House would have been a diplomatic nightmare, a fact that likely influenced Trump’s decision not to host an Eid al-Fitr dinner.

The Trump administration has abandoned the obsequiousness towards Islam adopted by Obama.

“A greater understanding of the tenets of Islam in our national consciousness will help us build strength and resilience as a nation,” Bill Clinton told guests during the inaugural Eid al-Fitr feast. “The values that lie at the heart of Ramadan – faith, family, community and responsibility to the less fortunate – resonate with all the peoples of this earth.”

Our nation is getting stronger everyday. A special religious dinner at the White House isn’t necessary to promote peace.