Here we go again. When will this stop?! Probably when Trump is in office and not sooner.

Breitbart is reporting that 3 illegal immigrants are being charged with murder after the senseless gunning down of a 17-year-old on his way to school in Loudoun County, Virginia.

Danny Centeno-Miranda, a legal immigrant from El Salvador, was living with family around the Washington D.C. area when he was ambushed and shot twice in the back by 3 illegals. 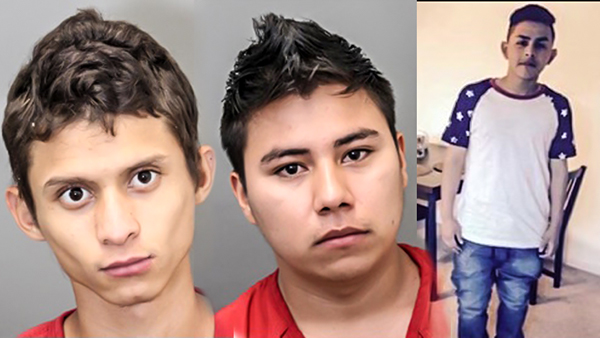 Three suspects, all male illegal immigrants, were arrested Saturday in connection with the shooting.

The Post reports that a 17-year-old, whose name was not released due to his age, is believed to have fired the shots that killed ­Centeno-Miranda. The other two arrestees, Henry Dominguez Vasquez, age 20, and Juan Aguirre Zelaya, age 18, were charged as accessories to the shooting and for possessing a firearm while illegally in the U.S.

‘This was not a random incident,’ The Post quoted Sheriff Mike Chapman. ‘The suspects and the victim were known to each other.’

He noted that officials are looking into the possibility that the shooting was gang-related.

‘We’re looking into that there may be some gang affiliation, however we don’t know what the reason was just yet for the incident taking place,’ Chapman said.

The fact that this boy was of Hispanic descent is not the point here. The point is that without proper vetting of people coming into this country, this will continue to happen.