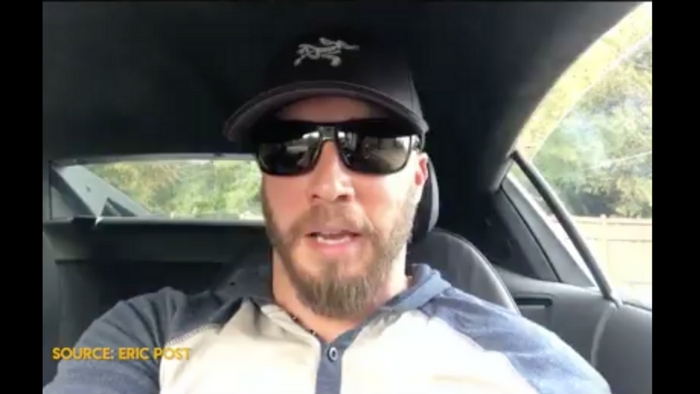 Racism and the debate over white privilege might be what our entire decade is remembered for. We have all been traumatized over our “positions” in the culture. The African Americans and other minorities have been force-fed the lie that they somehow started out behind in this world because of their race.

If you’re caucasian and have a heart at all you’ve been told that you must feel extremely bad about the inherent head start you were given. This makes for a very defeatist attitude, not to mention a boatload of resentment. And if it were true, that would be extremely deserving.

Maybe you’ve wondered what would happen if somebody were to stand up to one individual who feels that he’s gotten dealt a bad hand. This guy did, and the results were pretty incredible.

We’ve gotta address one thing; white privilege used to be a thing. Sitting in the back of buses and being segregated in order to receive lesser goods and services was something that happened at one time, and it was awful. However, those who propagate this make minorities believe that it’s futile to do anything because they’re always going to be held back. It’s time to consider that they might not really be fighting for those people. They might have a reason why they don’t want those minorities to succeed.

There are still individuals who think that anyone different from them must be less than them, but that’s not a white or black issue, that’s a human nature issue. Racism is a universal issue, just like deadbeat dads are a universal issue and laziness is something that plagues all cultures, regardless of origin. If you’ve been born with one of those things in your way, you’ve gotta fight past, just like I have to fight past it. It’s got nothing to do with skin color.

It really would be great to have something that we could point to and say that every bad thing that ever happened to us was a result of that one thing. So I’m here to tell you what that is; you were born. The End.