And the good news just keeps on coming!

Take a look and see for yourself! 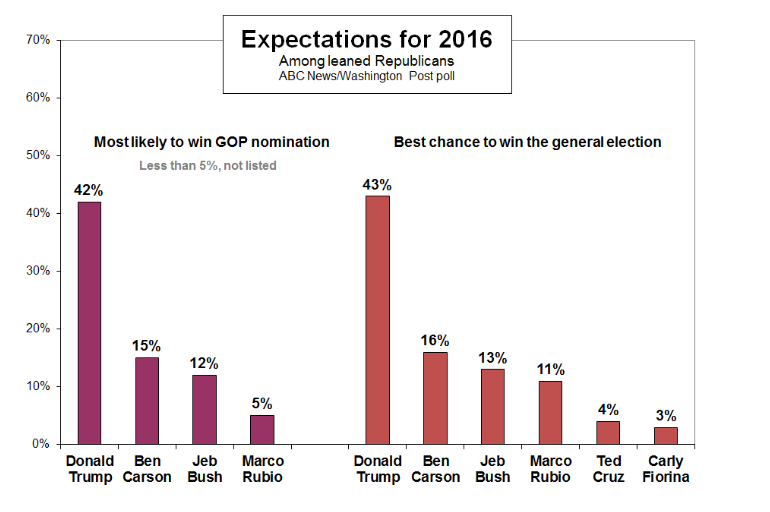 You can view the full poll here.

The most telling part about this poll is that Trump beats everyone, in every single category, except Jeb Bush in “experience” and Ben Carson in “honesty,” but each of those losses are by 12 points or less and he’s second to those two candidates in those respective categories. Astounding!

Looks like our man Trump is loading up his train for a massive White House push! Go Trump!