Another big win in the fight against ISIS has us cheering!

According to reports, 20 terrorists have just been wiped off the map due to air strikes in the region. These attacks were not carried out by U.S. troops as Obama continues to hold back on unleashing hell on ISIS, Al Qaeda, and other terrorists organizations.

What’s not readily clear is who carried out these attacks, though our bet is on Russia as Putin and his boys have been bombarding ISIS non stop since October in an effort to stop their growth. 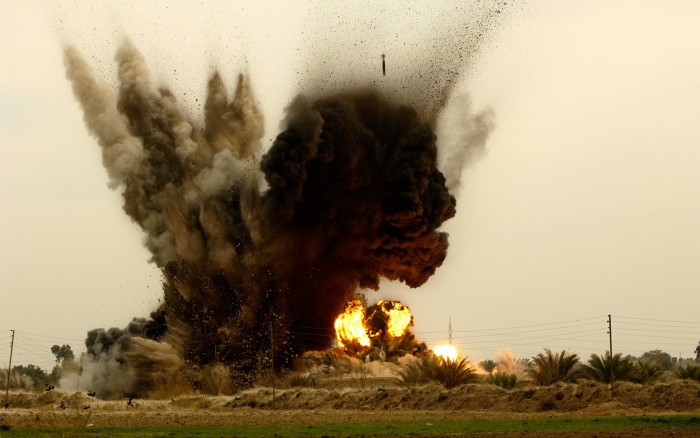 The spokesman for Al-Qaeda’s Syrian affiliate, Al-Nusra Front, his son and 20 other jihadists were killed in air strikes in the northeast of the country, a monitor said.

Abu Firas al-Suri was meeting with other leading Islamist fighters in a Nusra stronghold in Kafar Jales when the raids struck, the Syrian Observatory for Human Rights said.

“Abu Firas al-Suri, his son and at least 20 jihadists of Al-Nusra and Jund al-Aqsa and jihadists from Uzbekistan were killed in strikes on positions in Idlib province,” its chief Rami Abdel Rahman told AFP.

It was not immediately clear if the raids were carried out by Syrian regime warplanes or their Russian allies.

Here’s some footage from the latest assault:

Either way, who cares who did it. We approve of anyone trying to rid the world of this terrorist scum. Keep hitting them hard!