Here’s what can happen when deranged Muslims take care of children.

WARNING: The following story is graphic and might upset some.

In Moscow, Russia, a mother and father, Ekaterina Meshcheryakova and Vladimir Meshcheryakov, hired a Muslim nanny to take care of their 4 year old girl who was reported to have learning disabilities.

The 38 year old nanny know to be Gyulchehra Bobokulova was taking care of the 4 year old when suddenly she beheaded the little girl, went outside, shouted “Allahu Akbar,” and paraded the severed head throughout the streets. 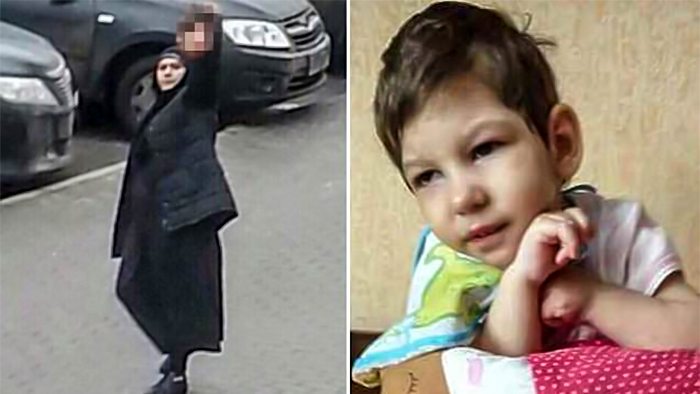 According to local media, Bobokulova shouted in the street: ‘I hate democracy. I am a terrorist. I want you dead.

‘You have become so hardened, you have eliminated so many of us. Look I am a suicide bomber, I will die, doomsday will come in a second.’

Video of the dead girl’s mother, Ekaterina Meshcheryakova, collapsing in the street upon hearing the horrific news has emerged. She was taken to hospital in an unconscious condition.

Eye witnesses say that they heard the nanny shouting in the streets.

‘I heard her yelling ‘Allah Akbar’ at least three times. And hitting herself on her chest.

‘She was yelling something in her language. She ran to a cafe and started shouting: ‘It’s all you! All you!’

According to local reports, she later told police she killed the girl because of her own husband’s infidelity. Investigators immediately ordered a psychiatric test of the woman in a bid to understand her motives.

One eyewitness at the underground station told MK how the woman screamed: ‘My child was killed…I will blow up everyone.’ She also shouted: ‘I hate democracy’.

This is how unstable these people are. And this was only yesterday. Now new details are emerging this morning. Escorted by armed police, handcuffed Gyulchekhra Bobokulova – herself a mother of three – showed officers the Moscow flat where she apparently strangled Nastya Meshcheryakova, who had learning difficulties, before cutting off her head with a kitchen knife. The little girl’s remains were left in her cot.

The 38-year-old nanny told police she was haunted by ‘voices’ on the day of the murder, and was driven mad with anger after discovering that her husband in Uzbekistan had started a new family while she was away working in Russia. She claimed she had refused his offer to become his second wife.

In scenes that shocked the world yesterday, the hijab-wearing nanny was seen walking the streets of Moscow brandishing the head of the dead girl for an hour before she was detained by police.

This is who Obama wants to potentially let into our country. This is why Trump wants to temporarily stop immigration. A disabled 4-year old is now dead because this insane woman would not control herself and found it necessary to parade the head of a child in the streets while shouting “Allah Akbar”. This was absolutely a product of the death cult that is Islam.

Are you getting the picture now America? This could happen here if we’re not careful. God rest that little girl’s soul.